API has filed a Freedom of Information Act request for information relating to the US Customs and Border Protection’s proposed new interpretation of decades-old customs rules.

The proposal could significantly increase costs for offshore drilling by reclassifying as “merchandise” much of the drilling equipment and consumables used in the US Gulf of Mexico. US Customs and Border Protection on 18 January proposed revoking or modifying at least 30 rulings, which, according to CBP, are “contrary” to the original definition of vessel equipment – “portable articles necessary and appropriate for the navigation, operation or maintenance of the vessel and for the comfort and safety of the persons on board”.

The FOIA request, filed by API, seeks “all communications (whether by letter, e-mail or otherwise, but not including formal ruling letters) between US Customs and Border Protection (‘CBP’) Headquarters and any entity outside the federal executive branch from 1 January 2013, to the present discussing the definition, interpretation of application of the term ‘merchandise’ as used in [the Jones Act] or the term ‘vessel equipment’ or similar terms such as ‘vessel machinery’ (as distinguished from ‘merchandise’) as used with respect to the Jones Act or as those terms are used in CBP rulings interpreting the Jones Act, including in the rulings listed in CBP’s Notice of Proposed Modification and Revocation of Ruling Letters Relating to Customs Application of the Jones Act dated 10 January 2017.” The request was made to Lisa L Burley, CBP Chief, Cargo Security, Carriers and Restricted Merchandise Branch.

Under the Jones Act, only US-flagged and -qualified vessels can transport “merchandise.” US citizens must hold at least a 75% interest in the vessel, according to federal law.

One exception to the Jones Act, observed attorney Charlie Papavizas, partner at Winston and Strawn, has been for movement between two US points of “vessel equipment,” which had not been considered “merchandise” as defined in the Jones Act. “CBP has relied on a 1939 definition of ‘vessel equipment’ that provides that the term ‘includes articles necessary and appropriate for the navigation, operation or maintenance of a vessel….’,” Mr Papavizas wrote. He added that, during the ensuing decades, CBP has issued a number of rulings using this definition to determine that “vessel equipment” included items “essential to the mission of the vessel.”

Equipment impacted could require drilling equipment and consumables to be offloaded from the rig to US-flagged and -qualified vessels for transport to the next well. Impacted equipment is likely to include risers, drill pipe and collars, BOP stacks and consumables, such as cement and chemicals.

In deepwater of 5,000-7,000 ft, it could easily take six days to pull riser, drill pipe and stack, offload the gear to a boat, and reverse the process at the next rig, according to sources familiar with the process. At even today’s relatively depressed deepwater rig rates, the new proposal could increase rig costs by more than $1 million.

Further, bad weather preventing the offloading and reloading could easily delay the process, adding additional costs. In addition, sources say, moving the equipment to these boats could easily damage the riser and other gear.

IADC, API and IMCA, along with allies, are working the issue. The deadline for comments is 17 April, an extension from the original 17 February deadline. 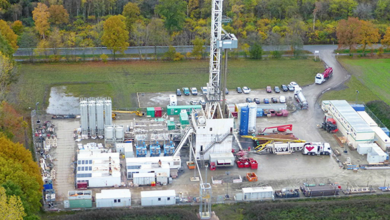 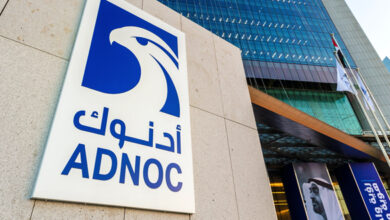