Listen to an analysis of the state of play of the final draft well control rule produced by the US Bureau of Safety and Environmental Enforcement (BSEE). See the links below the article for more information.

The US offshore drilling industry is on pins and needles awaiting the release of the final well control rule produced by the US Bureau of Safety and Environmental Enforcement (BSEE). The industry spoke as one last year that the rule, which ExxonMobil calculates will cost $25 billion, is overreaching, impractical, unnecessarily expensive and, in many cases, not technically justifiable. The rule contains more than 500 changes to current regulation.

But Greenpeace evidently likes it. Their comments, submitted jointly with Northern California-based Public.Resource.org, objected because the rule “proposes to incorporate by reference nine public safety standards that are not reasonably available to people affected by the rule.” (These copyrighted API documents are available for review, but not for free download.)

Meanwhile, a new Wood Mackenzie study commissioned by the Gulf Economic Survival Team (gulfeconomicsurvival.org/?page_id=439) predicts that the rule would slash exploration drilling by as much as 55% and by 2030 reduce Gulf of Mexico production by 35%. (That’s at $80 oil, a far cry from current reality, but similar to BSEE’s assumptions.)

To Greenpeace, apostle of “keep it in the ground,” these depredations are apparently desirable.

Most of us think otherwise. We’ve lost plenty of jobs already, and Wood Mackenzie forecasts that the rule will put at risk up to 180,000 jobs, mostly in Louisiana and Texas.

No one really knows how much – or how little – weight was given to the hundreds of industry comments. The rule on 3 February passed to the Office of Management and Budget, whose review can consume 90 days before public release. The rule was introduced in April 2015.

IADC has highlighted these technical concerns to BSEE on dozens of occasions from July 2015 through March 2016. Dictates on BOP systems and equipment will impact drilling contractors the most, despite a recent painstaking revamp of API Standard 53, “Blowout Equipment Systems for Drilling Wells.”

Dozens of seasoned experts collaborated on the three-year API 53 project. Yet a handful of BSEE staff heaped unjustifiable additional requirements atop the already-stringent API 53.

Further, BSEE’s proposed requirements are worlds away from standard international practice, so much so that the rule might constitute a technical barrier to trade.

Equally worrisome, particularly from the operator’s perspective, is the rule’s prescriptive mandate on drilling margins. BSEE requires a 0.5-ppg overbalance and calls for suspending drilling when this margin cannot be maintained. The vast majority of successful deepwater wells could not be authorized under this rule.

Noted one comment, “The proposed language … has no articulated basis and does not allow for variances commonly seen… The interpretation of the new regulation is that drilling must stop when lost circulation occurs.”

And that’s not all, folks. The rule, as originally written, will impact inspection and mechanical integrity, real time and real-time monitoring, use of standards, casing and cementing and containment.

But never fear. If we don’t like it, Greenpeace is sure to love it. DC

Thanks to Alan Spackman for his always incredible help.

Click here to read IADC’s separate response to the rule.

Click here to see the comments on the proposed rule. 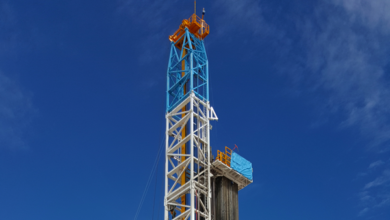 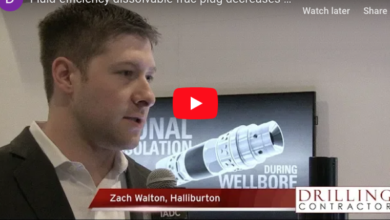