IADC has undertaken efforts to revitalize two of its flagship publications. The IADC Drilling Manual, the industry’s definitive operational drilling guide, and the Deepwater Well Control Guidelines are undergoing updates.

The Drilling Manual is being rewritten for the first time in 20 years by a dedicated team of 60 subject matter experts. The 12th edition being drafted now will update existing sections and provide new sections on technologies absent from the current edition, including top drives, managed pressure drilling and more. It will also include chapters on rig moving, rig personnel and rig types.

The new edition, expected to be completed in 2014, will be issued in both print and electronic formats. The digital edition will incorporate video clips and animations of drilling operations and equipment.

Contributor Don Hannegan, strategic technology development manager for Weatherford, remarked, “The IADC Drilling Manual has been a valuable resource for drilling decision-makers for several decades. IADC has engaged a world-class team of subject matter experts to assist in updating the manual to include current state-of-the-art drilling information.”

Shane Lalumandier, operations engineer, Precision Drilling, and a contributor to the rewrite commented, “Through just a little volunteer work, one can impart their oilfield knowledge in an industry-respected published work, such as the IADC Drilling Manual, to help counter the effects of the great crew change and bridge knowledge gaps.”

Louis Romo, BP, is leading the rewrite of the landmark IADC Deepwater Well Control Guidelines to address current technology, equipment and practices. Moe Plaisance, Diamond Offshore Drilling, who chaired the task force that published the original guidelines in 1998, is serving as executive adviser to the current update. Mr Plaisance also led the effort to add in 2012 a supplement on unplanned riser disconnects.

“The refresh of the IADC Deepwater Well Control Guidelines comes at a time in which our industry is undergoing tremendous change,” remarked Mr Romo, who is BP’s segment engineering technical authority-well control. “As such, we are grateful to the many industry leaders who have volunteered their time in order to take on this effort. Their labor will be of significance for many years to come.”

Other companies that have pledged support for this project are: Anadarko Petroleum, Chevron, Ensco, ExxonMobil, Noble Drilling Services, Rowan, Seadrill, Shell, Signa Engineering, Transocean and TOTAL, along with faculty advisers from the University of Texas as Austin and Louisiana State University.

Guest Editorial: Time is right for US to expand OCS access 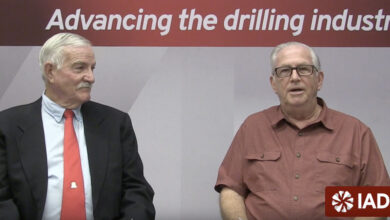