The devil is in the details. For today’s state-of-the-art rigs and increasingly automated drilling equipment, that translates to the software that powers those delicate and intricate control systems that must work perfectly all the time to ensure equipment efficiency and reliability. Nowhere is this more crucial than the offshore environment, where rig rates are high and risk is ever present. In this arena, even the tiniest control system glitches can spell disaster in terms of cost, safety and environmental impact.

Hardware-in-the-loop (HIL) testing, a method of testing everything from embedded control systems to the drilling package and up to a rig’s dynamic positioning (DP) computer with its complex network of components, is rapidly becoming recognized in the industry as a critical piece in ensuring all systems are go on offshore drilling vessels.

HIL testing is not a new concept. In the automotive, aviation, aerospace, nuclear and robotics industries, among others, it has been widely used by manufacturers to test their systems before sending them into the field. In cases where units are mass produced, such as the auto industry, internal HIL testing is generally accepted as both practical and effective.

“The HIL testing system creates a closed loop in which the control system being tested sends out the command signals to the HIL simulator, and the virtual machines in the HIL simulator provide feedback to the control system. We then simulate a wide range of operational scenarios to verify that the systems are controlling the machines in the proper manner,” Mr Smogeli explained.

“Because almost every drilling vessel has unique properties, we build a detailed mathematical model of each one,” he continued. “The entire control system is set up in a risk-free lab environment and connected to our simulator, where a model of each machine captures all the dynamics and all the physical properties, including the mechanics, hydraulics and electrical machines.”

The model takes about three months to build, followed by three to five weeks of testing, a period for system updates and fixes, and a final retest to verify the updates. The HIL testing process does not require companies to reveal actual software codes.

“From an industry point of view, we are seeing increasing recognition that managing software is a major challenge in building and operating rigs, both new-builds and retrofits,” Mr Smogeli said, noting that a typical drilling vessel has more than 3,000 software-driven components that must communicate with one another.

Aside from the technology itself, Mr Smogeli believes the third-party aspect of the process is what makes it unique and ultimately more effective. In its role as a neutral, third-party vendor, Marine Cybernetics is independent from both the rig owner and the equipment manufacturers, but works with all parties to ensure the systems are functioning as designed and integrating with each other.

“We have no vested interest in the outcome of the testing,” Mr Smogeli said. “We don’t repair any problems we find and don’t replace any previous testing that has been done on the vessel by the manufacturer. After we conduct a test, we sit down with everyone to determine the cause of any discrepancies. We do not act as the police; we strive for a good working relationship among all the parties involved.”

One of the biggest challenges is system integration. “Typically, we see multiple vendors servicing the same rig, and the multiple machines and software packages must be integrated into one system,” Mr Smogeli said. “As a third party, we can test the interface and integrated functionality among multiple vendors without exposing business-sensitive information.” While most of the work is for newbuilds, MC also provides testing for retrofits on older rigs, where old equipment is either completely replaced with new technology, or systems are combined into a mix of legacy and new systems that must be integrated to work in concert.

“After recognizing that the process could find failures in the system, it piqued our interest to continue with the power management system (PMS) and later with the drilling control system,” said John Pedersen, lead engineer for Maersk Drilling.

Mr Pedersen will present a case study on the HIL testing that was done on the Maersk rigs at the IADC Advanced Rig Technology Conference & Exhibition on 20 September in Houston. MC and National Oilwell Varco (NOV) will provide a separate presentation on the HIL testing process and the cooperation model that has been established between NOV and MC.

Testing for the DP system involved several critical control systems that must work in an integrated fashion. The simulator modeled the environmental conditions, including winds and currents, along with the semi’s motion, the power system, thrusters, position reference systems and sensors, including riser angle sensors.

Testing of the PMS on the three semis involved an additional integration test to determine if it was interfacing properly with the DP system, and other systems, Mr Pedersen said. The simulator included models of prime movers, generators, power distribution systems, variable frequency drives (VFD) for thrusters, VFDs for drill floor equipment and breakers.

HIL testing was expanded to the drilling control system that was developed by NOV. In this case, NOV provided the hardware simulator and test lab while Marine Cybernetics provided the HIL simulator. The testing was done once, but with retesting of all modifications based on findings.

The third-party approach was successful because it was a collaborative effort, said Svein Ove Aanesland, product line director, NOV. “We have conducted a lot of similar testing internally, but having a third party come in to investigate our software in this manner was a completely new approach that provided us with a better product in the end,” he said. “The testing saved us time by reducing the installation and commissioning time. Testing early in the process also saved time and money in the long run for the operator and the drilling contractor because it made the rigs more ready for operation.”

As with all new technologies, the costs of HIL testing must be weighed against long-term savings and safety.

In assessing the investment, Mr Pedersen said he believes Maersk made the right decision. The company is planning to commission HIL testing on rigs currently under construction to reduce nonproductive time (NPT). “Drilling is becoming more automated, and we are using more software for machine control systems and processes,” he noted.

“Software is developed by humans, and humans can make mistakes,” Mr Pedersen continued. “If we find a failure, we have to think about what would have happened if the system had not been tested this way. It is difficult to calculate the numbers, but failures can be very catastrophic, with two to three percent of them being essential, meaning they must be corrected for safety reasons.” These can include failures that result in NPT, jeopardize safety and even lead to environmental events, such as oil spills, he said.

HIL testing simulators may also be interfaced to training simulators in cooperation with the system vendors, combining a realistic operating environment with drilling chairs and graphics from the system vendors, with sophisticated machine models from the HIL simulator. An emerging area for HIL testing of offshore vessels, Life Cycle Management of Software Systems, provides HIL testing of software revisions and upgrades before they are installed. Maersk has elected to keep the HIL simulator lab intact, allowing the company to have future software tested.

Rig mobility on the fast track 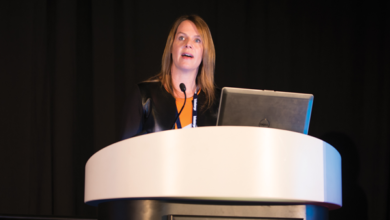 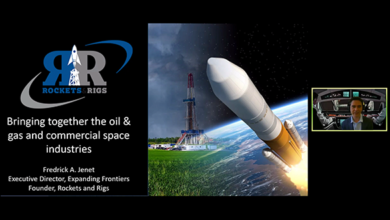