Land drilling rigs are typically powered by a set of diesel-fueled generators, but lean-burning natural gas has become an attractive alternative fuel for drillers, in part because of its lower environmental impact. According to the US Energy Information Administration, natural gas burns approximately 27% fewer pounds of CO2/Btu.

However, natural gas generators are not a foolproof solution. The electrical loads on a rig can be highly transient, varying by more than 2 MW in a matter of seconds. Traditional natural gas generator sets did not provide an acceptable transient response without the use of additional equipment, like a resistive load bank or an add-on energy storage system. This affects operating costs, as more equipment means a greater spend.

“The lean-burn product is highly efficient and you get a smaller footprint with it, but you don’t have that transient response that’s needed from a drilling operation, particularly with the tripping portion of the operation,” said Diana Hopkins, Drilling Segment Manager at Caterpillar Oil & Gas.

At the 2020 IADC/SPE International Drilling Conference, Ms Hopkins discussed a demonstration performed by Caterpillar and Ensign Drilling of a gas-fueled power generation system that utilizes automation, built-in energy storage and integrated electronic controls to achieve better performance and efficiency. The companies installed the power generation system on a land rig that was previously powered by three gas generator sets, a diesel generator set and a resistive load bank.

Recent advances in gas engine technology have led to significant improvements in their performance, enabling the lean-burn gas generator sets to match diesel generators in physical footprint and power output in the demonstration, Ms Hopkins said. The engines’ air system and electronic controls are tuned so that they can respond rapidly to changes in load while maintaining the necessary air-fuel ratio to achieve low emissions.

The built-in energy storage system takes power from the electrical bus of the rig, which Ms Hopkins said provides a better transient response than even a traditional diesel power system. It encompasses lithium ion batteries, bidirectional power inverters, a 600-V transformer, heating and air conditioning system, fire suppression system, and a microgrid master controller, all of which are housed within an ISO container mounted on a trailer.

The control system is made up of multiple controllers with different functions, communicating with each other to distribute electrical loads between the available assets and to determine when to start and stop the generators.

Ms Hopkins said that integrating the control system with the existing rig controls helped to improve efficiency, as the integrated system allowed power demand to exceed the available generator capacity, with the energy storage system fulfilling the additional demand.

“The energy storage is forming your power grid, and the generator sets are following. If the gensets go offline for whatever reason, the energy storage is on; it’s live. As long as you don’t exceed the capacity, it will allow you to continue running your operation,” she explained.

Stephen Whitfield is a graduate of Rice University, where he holds a bachelor’s degree in history. He has been writing for Drilling Contractor since 2020.
May 12, 2020
0 2,156 2 minutes read
Facebook Twitter LinkedIn Share via Email Print 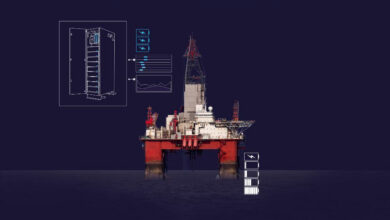 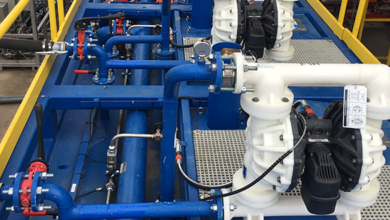