Eon NRG has announced that it has acquired its first lease in the Powder River Basin, Wyo., as part of the company’s exploration and development strategy. The lease covers an area of 640 acres in Converse County, Wyo. (Figure 1). The exploration rights are leased from the state of Wyoming at a standard lease rate for a primary term of five years and can be held by production on completion of a successful wells. This is expected to be the first of several lease acreage acquisitions as part of the future development strategy. The Eon Group is a licensed and bonded operator in Wyoming and currently operate two fields in Wyoming, Silvertip and Borie.

The Powder River Basin (PRB) has become one of the most active oil and gas basins in North America and has a long history of oil and gas production from more than 4,000 ft of stacked pay. The PRB has seen a significant increase in exploration and production in recent years from horizontal laterals in the unconventional rocks of the Niobrara and Mowry Shale. Operators are also testing horizontal laterals in the conventional sandstones of the Parkman, Sussex, Shannon and Turner with excellent results. The PRB has attracted multiple large E&P companies, including Anadarko Resources, Chesapeake Energy, EOG Resources, Anschutz and Devon Energy. New technology in drilling and completions has the economics to a point where the breakeven is in $30-$50/bbl oil in several of the formations.

Eon has identified potential drilling opportunities in the Minnelusa Formation. Prospects are supported by strong economics from wells drilled in the PRB since the 1960s and has good geological support for the presence of hydrocarbons. Factors that make these prospects attractive include:

Eon Energy has commenced its land acquisition program for new drilling prospects in the PRB, and this will continue for the foreseeable future, with an aggressive drilling campaign proposed for 2019. In addition to the Minnelusa, Eon is also targeting the conventional sandstones of the Parkman, Sussex, Shannon and Turner. The company is looking to acquire sufficient acreage to allow exploration to be carried out across multiple prospects and multiple formations.

The company will provide further updates as new leases are finalized.

RDS allies with Kavin for upstream and midstream projects 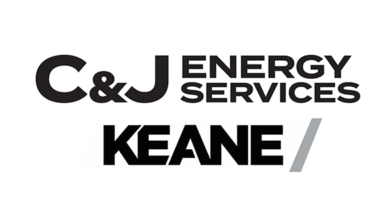