GE and Maersk Drilling recently announced a partnership to collaborate on a data analytics pilot project to increase drilling productivity and to reduce maintenance costs by potentially 20%.

The two companies have collaborated to deploy SeaStream Insight, GE’s new marine asset performance management program, powered by Predix. The pilot project will be carried out on one of Maersk Drilling’s XLE rigs and will last for 12 months. Data collected from the rig is being processed and analyzed online.

Operational sensor data from critical equipment is connected to what’s called a historian, a specialized server that stores the data needed to model the blueprint of the drilling operation. The digital software can then help compare assets to assets and provide access to vessel performance against the ideal state. Big data is also translated into dashboards with a holistic view of a vessel, which can help with decision making.

With its algorithms and strong data-processing capability, SeaStream Insight will also be able to predict the future state of critical asset health,  spotting inefficiencies or potential failure up to two weeks earlier.

Forum Energy Technologies has designed, manufactured, tested and delivered its 350th rotational torque (RT) torque machine to TAM International. The torque machine, or bucking unit, was manufactured at the Forum AMC facility in Aberdeen, UK. This represents the sixth unit that TAM has purchased from Forum in three years.

The machine will be used to make up or breakout downhole completion and drilling tools with premium threaded connections. The machine can work autonomously to achieve a pre-determined amount of rotational torque and provides an auditable report for thread inspectors, rig contractors or casing crews.

Vietgazprom recently ran the TenarisHydril Blue, Wedge 513, and Wedge 523 connections in Vietnam’s first deepwater well at more than 5,250 ft. The connections were chosen because the operator desired to run large-OD casing pipes in stands, a challenging practice that can save time if performed carefully. Due to the high external pressures, the operator required pipes and connections manufactured with steel grades for enhanced collapse strength.

The operation was conducted without any incidents or rejects. Moreover, the 16-in. integral flush TenarisHydril Wedge 513 connections were efficiently run in triples. This was the first time in which large-OD pipes with metal-to-metal seals were run in triples in Vietnam. As a result, the operator managed to reduce the running times associated with this project.

Subsea Integration Alliance has announced the industry’s first deepwater integrated subsea engineering, procurement, construction, installation and commissioning (EPCIC) multiphase boosting system award. This award, by Murphy Exploration & Production Company USA, a subsidiary of Murphy Oil Corp, is for the industry’s longest deepwater subsea multiphase boosting tieback. This is the first EPCIC project award for Subsea Integration Alliance, which was formed July 2015 among OneSubsea, Schlumberger and Subsea 7. The scope of the contract calls for the supply and installation of a subsea multiphase boosting system for the Dalmatian Field in the Gulf of Mexico, scheduled for 2018. It includes topside, subsea controls and a 35-km integrated power and control umbilical.

An operator in Brazil recently deployed Halliburton’s GeoBalance automated MPD control system, which was incorporated onto two MPD-ready ultra-deepwater drillships. The project represented the first use of an MPD surface control system on an MPD-ready drillship.

Using the automated MPD system in conjunction with hydraulic modeling software, the operator was able to drill four sections for a total of 12,418 ft in a water depth of 6,562 ft.

Manipulating the equivalent mud weight at different target depths with the MPD system allowed drilling the salt with no NPT. Precise pressure control also eliminated the need for remedial work commonly seen in salt sections. For additional safety, both production sections were designed to use a static mud weight at or above pore pressure while in a hydrocarbon zone.

Due to mud weight, surface pressure losses and low fracture pressure, the MPD system reached a point where it could not reduce equivalent mud weight as chokes were fully open while circulating. Mud weight was then reduced to a statically underbalanced fluid. This eliminated the losses and avoided influxes within a 50-psi window.

Losses throughout both production sections were up to 300 bbl/hr. Proper pressure management and reducing the mud weight allowed the drilling to be finished, leaving the wells in stable condition. 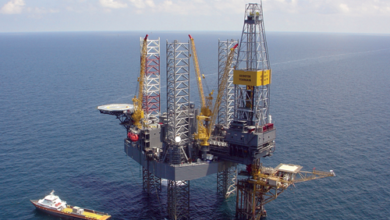 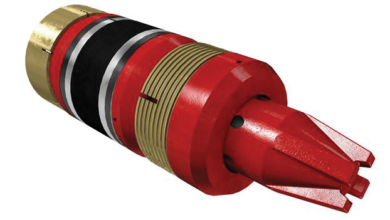 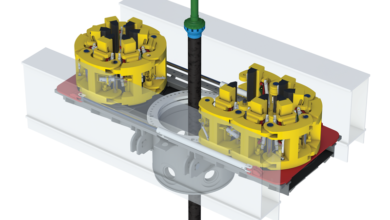 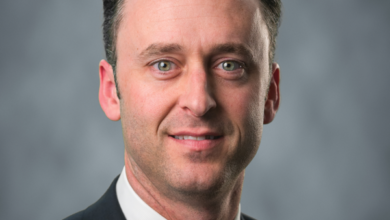 From the President: With eyes on a better future, IADC forges ahead with student chapters, advocacy