HydroVolve’s GeoVolve HAMMER uses percussive impulse energy to fracture the rock ahead of the drill bit, enabling deep drilling into hot, hard rock easier and faster. Operated by the flow of pressurized drilling fluid, the technology is an all-metal construction, allowing it to operate in hazardous environments at extreme temperatures for extended periods.

Currently, the cost of geothermal drilling can account for up to 50% of total well project costs, with the majority of spend due to time spent drilling through difficult rock formations. Drilling through hard rock using conventional rotary methods causes drill bits to wear, dull or break down rapidly after short drilled depths. This results in the need to regularly recover the failed drill bit to surface for replacement, adding significant project time and costs.

The system is plug-and-play so it is compatible with any bottomhole assembly, and it does not interfere with measurement while drilling or steerable systems. Its engine, HydroVolve INFINITY, is already a proven technology in the field.

The Maersk Highlander jackup is currently connected to shore-to-ship power at Doggerkaj. The power plant has a capacity of 1,300 Amp/1.5 MW and can supply power to up to three rigs, which requires up to 10,000 kWh every 24 hours. The potential reduction in carbon emissions is substantial, but the actual figures will depend on how long the rigs are docked.

Many of the other ships at the Esbjerg port have had the option to connect to shore-to-ship power for several years. The news is that Port Esbjerg now has the capacity to supply shore-to-ship power to drilling rigs, which require huge quantities of power.

“More and more customers ask for shore-to-ship power, so for us, it’s not just a matter of participating actively in the green transition, on which we’re already heavily focused. It’s also a commercial necessity, which is why we’re in the process of installing more shore-to-ship power plants at the port, so even more of our customers have the opportunity to use green power,” said Port Esbjerg CEO Dennis Jul Pedersen.

The potential reduction of carbon emissions from using shore-to-ship power rather than diesel generators is up to 500 tonnes of CO2 per month per rig.

Trelleborg Sealing Solutions is providing the oil and gas industry with a way to make in-situ repairs to large-diameter seals, minimizing equipment downtime and associated costs that come from maintaining an FPSO swivel stack. Replacement of large-diameter seals usually requires the equipment to be returned to dock.

The company’s SealWelding process begins with production of a seal in a controlled manufacturing area. Manufacture of the seal is to the original specification, in its original material; a specially designed tool precisely cuts the seal. Offshore, onboard the FPSO, highly trained personnel from Trelleborg’s service team place the new seal, which has been cut in one place, into position.

Using a specialized ATEX zone 1 certified fully enclosed welding machine, the two ends of the seal are joined together seamlessly. This enables other swivel stacks to continue production on the FPSO without risk. After completing the welding process, the seal is polished and checked.

A control cabinet ensures the smooth running of the process, as well as monitoring and logging of all data. If the values from the recorded data are within set parameters, the seal receives a release certificate showing it is ready for operation.

Besides saving time and costs, SealWelding also reduces CO2 emissions that would otherwise be generated by the FPSO needing to sail back to port for repairs. 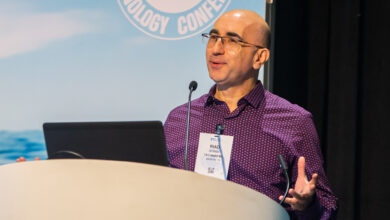 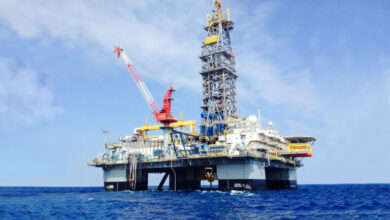 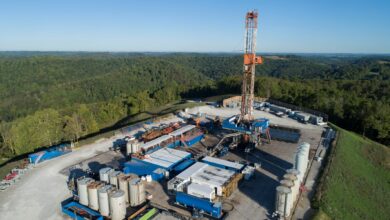