Transocean announced that Petrobras has awarded contracts to two of the company’s ultra-deepwater drillships, with work commencing in Brazil in November. The Ocean Corcovado received a 629-day contract, representing an estimated firm contract backlog of $123 million; priced options for 680 days are included. The Ocean Rig Mykonos received a 550-day contract for an $118 million backlog. This contract includes priced options for 815 days.

Turan Drilling & Engineering Company has been awarded its first contract, which is with BP Exploration.

The contract has a value of approximately $500 million for the firm period or $700 million including all options. It is for the operations and maintenance of seven platform drilling rigs operated by BP in the Caspian Sea pursuant to production-sharing agreements.  These are the East, West and Central Azeri, Deepwater Gunashli, West Chirag, Chirag and Shah Deniz installations. The initial term is for five years, with two one-year extension options.

Formed in July 2018, Turan Drilling & Engineering is a joint venture between KCA Deutag and SOCAR AQS.

ADES has entered into a short-term exploration contract with Dana Gas for deepwater drilling services in the Egyptian Mediterranean basin. The service will be provided using Vantage Drilling’s Tungsten Explorer drillship, comprising one firm well.

The contract is estimated to last 77 days, with an extension option to an additional three wells.

The services will be subcontracted to ADVantage, a joint venture between ADES and Vantage that utilizes ADES’ local workforce and pre-qualification in the Mediterranean basin with Vantage’s Tungsten Explorer drillship, as well as its extensive deepwater drilling experience.

ADES has also secured two new contracts for its onshore rigs ADES 2 and ADES 3 in Algeria with Groupement Sonatrach AGIP.

The contract for ADES 2 comprises one firm well and four optional wells, effective from the date of the rig delivery to the field, which is expected to take place during Q2 2019. The new contract will add an estimated backlog of $8 million.

The ADES 3 contract was signed for two years firm and one year optional, effective upon expiration of the existing contract in Q3 2019. The new contract will add an estimated backlog of $19 million.

Siccar Point Energy has commenced its 2019 drilling campaign with the spudding of an exploration well at the Blackrock prospect.

The Blackrock prospect targets multiple reservoirs similar to those underlying the neighboring Rosebank field. If successful, it will add substantial resources and de-risk a portfolio of other exploration prospects in the region. Siccar Point will progress exploration drilling at the material Lyon gas prospect immediately following the Blackrock well.

Oil discovery made with Telesto well in North Sea

Equinor and its partners Petoro, ConocoPhillips and Repsol have made an oil discovery from the Visund A platform in the Telesto exploration well in the North Sea. The resources are estimated at 12 million to 28 million bbl of recoverable oil.

The Telesto exploration well was drilled from the Visund A platform in the Tampen area in the northern North Sea. It is well number 34/8-18 S in production license 120. Geological data have been acquired for analysis, and the well has been plugged and abandoned. Equinor will consider how to develop this discovery.

Keppel FELS has secured an order from Awilco for the construction of a repeat mid-water semisubmersible for harsh-environment use, worth about $425 million.

This follows the exercise of an option by Awilco pursuant to an earlier contract for a similar rig. As part of that transaction, Awilco has independent options to order up to two more similar rigs, to be exercised in 2020 and 2021.

The terms of this repeat order are subject to the finalization and entry into definitive agreements between the parties within 15 days of the exercise of the option.

The rig will be built to Moss Maritime’s CS60 ECO MW design and is scheduled for completion in Q1 2022.

Similar to the first rig, it is designed, configured and outfitted for water depths up to 1,500 m and will be able to work in the harshest environments of Northwest Europe, including the Barents Sea.

When completed, the drilling rig will also have a low environmental footprint.

KCA Deutag has been awarded new contracts on the back of strong tendering activity in its land drilling business. With a combined value of approximately $54 million, the contracts are for drilling operations in the Middle East, Russia, Europe and Africa.

In Iraq, KCA Deutag has been awarded a new contract for a 2,000-hp land rig to drill seven wells. This drilling program is expected to last until early next year.

In Russia, one of KCA Deutag’s 1,000-hp land rigs has been awarded a new five-year drilling contract, including options.

In Algeria, the company has also won a new drilling contract for one of Bentec’s fast-moving 1,500-hp rigs that will commence in June. The rig will carry out a short-term plug and abandonment program.

“It is good to see activity picking up in the international drilling industry once again across various markets, and whilst pricing remains very competitive, we are pleased to see this feeding through to an increase in utilization across our land drilling fleet,” Simon Drew, President of Land, said.

Maersk Drilling’s ultra-deepwater semisubmersible Maersk Deliverer has been awarded a three-year contract by Inpex Australia and joint venture participants for drilling at the Ichthys gas and condensate field in the Browse Basin offshore Western Australia. The estimated value of the three-year contract is $300 million, including mobilization. The contract is expected to commence in Q2 2020 and includes two one-year options.

Rowan announced that Repsol Exploracion Guyana has signed a contract for the EXL II, a high-specification super 116E jackup rig, for work in Guyana. The contract is for one well beginning in Q3 2019, with a duration of approximately 45 days. The EXL II is currently under contract with BP in Trinidad. 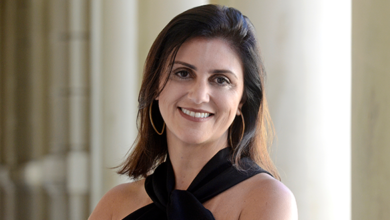 Andrea Marques Machado, Brazil’s ANP: Industry should learn to better tell its story, or someone else will tell the story for you 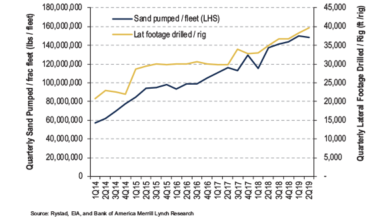 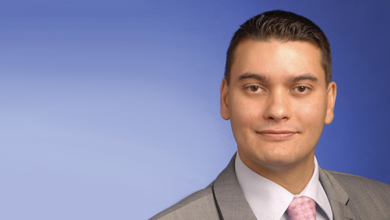 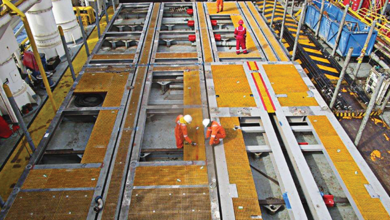