For all the big iron the drilling industry has spent billions of dollars building that can lift millions of pounds and drill miles beneath the earth’s surface, for all the highly sophisticated downhole technologies that can match anything in the aerospace or nuclear industries, much of our efforts are now circling back around human factors: training, competency, organizational culture.

Much of it is interrelated, and it still all goes back to safety. “The highest priority continues to be safety of personnel performing drilling operations,” said Thomas Burke, Rowan Companies chief operating officer and 2013 vice president of IADC’s offshore division.

Industry is also recognizing higher stakes in the public arena, particularly in the development of shale oil and gas. Talisman Energy senior VP of global drilling and completions Kevin Lacy points out that such unprecedented proximity to the general population is calling for unprecedented levels of transparency in our operations as well. “Any mistake can be multiplied in the public arena to taint the reputation of the entire industry,” he noted.

Offshore and on land, the rejuvenation of the global rig fleet continues as operators and contractors alike seek improvements in equipment reliability and capability. Particularly in deepwater, hope is high that managed pressure and dual-gradient technologies will bring about step-changes in the way wells are drilled.

Finally, the way that operators and drilling contractors work together also appears to be under transformation, with oil and gas companies soliciting increasing input from their service partners. “We’d like to see them take an interest in our well design and take an interest in how we’re actually executing the well because it’s healthy for both of us,” said Derek Cardno, BHP Billiton Petroleum VP of drilling. “We want the drilling contractor pushback.” 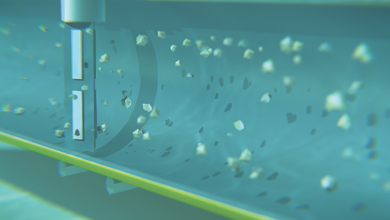 What the shales have taught us