Limitations such as these were frustrating the operator’s wish to maximize production by drilling a horizontal well. So it was decided that concentric casing nitrogen injection would be implemented so that conventional MWD pulse tools could be used. The proposal was to use the concentric casing N2 injection technique to guarantee only liquid phase inside the drill pipe to preserve mud pulse MWD signal, better hole cleaning in the horizontal section and still keep a near balance condition with minimum fluid losses.

A pore pressure model based on production tests from offset wells was used to define the optimal casing depths. Simulations also were carried out, finding that, in order to maximize the effectiveness of the nitrogen injection, the injection ports had to be as close as possible to the well’s total depth. Nitrogen injection ports were designed to be right on top of the liner hanger top packer.

The final operational MPD window was defined after flow simulations were complete. To obtain a steady dual phase flow in a concentric string nitrogen injection MPD application, the operating mud window had to be evaluated, including the critical injection flow rate so that the well can be designed for flow stability.

Results show that the well was successfully drilled to TD with only one trip. All directional issues were resolved, with no motor failures reported. It was also possible at all times to take surveys, although the natural “U” tube of the fluids disrupted the mud pulses of the MWD tool and generated problems when taking surveys. To correct this issue, a procedure was created where the pump rate was suddenly increased with the choke closed while the survey was being taken. Once the survey was acquired, pumps were turned off.

There were losses of 150 cu m of oil-based mud, compared with more than 2,500 cu m in offset wells. The well was also drilled with significantly less formation damage.

Additional details about this case study can be found in IADC/SPE 122198, “First Application of Concentric Nitrogen Injection Technique for a Managed Pressure Drilling Depleted Well in Southern Mexico.”

2011 IPTC rescheduled due to severe flooding in Thailand 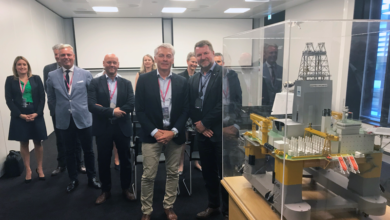