Over the next decade, as much as 75% to 80% of BP‘s majority group capital expenditure will be spent in upstream, Lamar McKay, chief executive of BP Upstream, said at the 2013 OTC in Houston on 6 May. “Safe, reliable and compliant operations are the foundation for sustaining our business. With safety being at the core, we’re moving to enhance standardization, simplify our processes and drive integration across the group,” he said. “We know that at BP, to remain competitive, we need to continually adapt. We continue to take a hard look at ourselves and continually improve and refocus on how we do business.”

Mr McKay explained that the company has streamlined its portfolio to concentrate on oil and gas exploration, deepwater operations, technology development and utilization, and management of giant fields. “We moved to focus our business to a smaller operating footprint, generating cash and building a quality platform for the future.” This has primarily been achieved through a structured program of divestments and investments, as well as company reorganization to improve operations, he said. “When we decided to restructure BP Upstream, we asked ourselves a very basic question: What’s our objective? If we were to justify the immense expenditure of time, money and talent necessary to bring new energy supplies to the market, then our objective needed to be value.”

Part of the asset restructuring involved the sale of approximately 30% of BP’s well count and 50% of its pipelines while still retaining 90% of its crude reserves. “That has increased the overall quality of our remaining portfolio significantly, while simultaneously reducing its age and its complexity. We’re now more able to apply our strengths to fields that are younger with more room to grow.”

Much of BP’s current upstream focus is on Angola, Azerbaijan, the Gulf of Mexico (GOM) and the North Sea, Mr McKay said, adding that he expects these four areas to generate about half of BP’s operating income by 2020.

The North Sea is one of BP’s oldest offshore positions, “but it’s got plenty of life left in it,” he said. “After 40 years and nearly $50 billion of BP investment, we still have a staggering 40% of the resources in our portfolio yet to be produced.” He highlighted the Clair field as an example of what technology can accomplish. “This field was discovered in 1977, and due to its complex geology, first oil didn’t produce until 2005. Reserves were estimated at only 250 million bbls, but today that number could be in the billions.” He explained that insight into the field’s complex reservoir and geology was gained through a permanent 4D seismic installation that gathers time-lapsed seismic images over the same area again and again, allowing for the potential to see fluid changes over time.

Angola is the newest of the company’s four focus areas. Last December, BP started the PSVM development in Block 31 offshore Angola, which consists of four fields – Plutão, Saturno, Vénus and Marte. PSVM produces through a converted-hull FPSO that is using subsea infrastructure to develop the four fields simultaneously. “It sits in over 2,000 meters of water, features 75,000 tons of subsea equipment and 20,000 tons on the topside.” The FPSO has already produced more than 10 million bbls since coming online in December, he said, adding that Angola’s pre-salt geological formations are also excellent prospects for seismic technology in BP’s exploration program.

In Azerbaijan, BP has produced 2 billion bbls from the Caspian Sea and believes there is much more. “The region has over 40 years of oil and gas resources, and our position is strong. After 15 years of operations, we’ve produced only 18% of the available resources. We’re planning as much as $12 billion in capital expenditure between now and 2017,” he said.

The company also operates four platform hubs in the GOM, where BP is currently the largest deepwater leaseholder, with more than 700 leases, he said. “Our current plan is to invest about $4 to $5 billion a year for the rest of this decade.” BP’s GOM position is built around assets early in their life cycle, he said. “Only about 20% of our resources base has been produced.” In the GOM, BP also has three major operated projects under development: Galapagos, Na Kika Phase 3 and Mad Dog Phase 2. The operator has seven deepwater rigs in the GOM today and plans to have eight there by the end of the year.

To drive performance in these four areas, as well as other assets, BP has identified several major technology “flagships,” including seismic acquisition and interpretation, enhanced oil recovery and Field of the Future.

“Field of the Future can be described simply as turning bits of data into oil and gas incremental production and recovery,” he said. Boosting data sharing between experts sitting hundreds to thousands of miles apart, the company has laid more than 1,200 miles of fiber optic cable, “nearly the distance between Houston and Detroit.” Mr McKay explained that real-time monitoring of operating production and injection data is becoming fundamental in the management of more reservoirs. “Seismic sensors installed on the seabed gather information about a reservoirs behavior and looks for changes over time. The data is then transmitted to monitoring centers onshore where technicians can analyze it in real time. Technologies like this are helping us manage our operations from anywhere.”

Field of the Future is a registered trademark of BP.

Statoil sanctions Julia development in GOM with ExxonMobil, pushes ahead with Logan 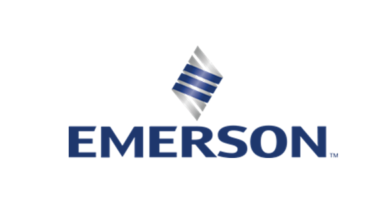