On 19 May, the US Department of the Interior (DOI) confirmed that it would release a proposed five-year program for federal offshore leasing on the US Outer Continental Shelf by 30 June, the day the current five-year program is set to expire.

In response, the American Petroleum Institute (API) released a statement from Frank Macchiarola, Senior VP of Policy, Economics and Regulatory Affairs: “Today’s announcement from the Department of the Interior confirms they are significantly behind in this multi-year process and will release a proposed program by June 30, the day they should be finalizing it. The practical effect of this is that it is unlikely there will be offshore lease sales before the end of 2023. This is one more example of the disconnect between the administration’s political rhetoric and policy reality. As energy prices and geopolitical volatility continue to rise, we urge the administration to end the continued mixed signals on energy policy and remove regulatory hurdles that are hindering American producers’ ability to increase supply and meet the growing energy demand.”

Chevron sanctions Ballymore project in US Gulf of Mexico 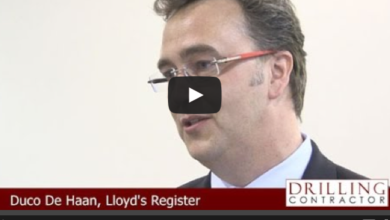 Exclusive video: The roots and future of hydraulic fracturing