When the US and European Union expanded sanctions on Russia in September, the energy industry took note. Companies such as ExxonMobil have announced their compliance. The sanctions demonstrate “the determination of the international community to take the kinds of steps that impose significant economic costs on Russia,” White House Press Secretary Josh Earnest stated. The US extended sanctions to target Russia’s financial institutions, energy sector and Russian entities in the energy and defense sectors.

As the world’s largest producer of crude oil, including lease condensate, and the world’s second-largest producer of dry natural gas in 2013, Russia’s economy is highly dependent on hydrocarbons. Oil and gas revenues account for more than 50% of the country’s federal budget revenues, according to the US Energy Information Administration. The US Treasury imposed sanctions on 11 September that prohibits the export of goods, services or technology to Russia to support deepwater, Arctic or shale projects that have the potential to produce oil for five Russian energy companies – Gazprom, Gazprom Neft, Lukoil, Surgutneftegas and Rosneft – involved in those types of projects. US entities had until 26 September to wind down applicable activities. However, although the latest sanctions are considered far-reaching into the energy sector, its impact on the drilling industry – at least in the short term – may be minimal.

As of 17 October, the sanctions have not had much impact on drilling activity within Russia, John Spears, President of Spears & Associates, said. Rather, the bigger issue resides around banking. “The banking arrangements that some of these Russian oil companies have could be an area that inhibits their activity, more so than restrictions on oilfield technology.”

On the flip side, sanctions also are not having significant impact on US and EU oilfield service companies right now. The Russian market represents approximately $2 billion of the more than $400 billion export market for Western oilfield equipment and service companies, according to Mr Spears.

“Russia is less than 1% of the global market. No doubt it’s meaningful to those firms that have operations in Russia, but it’s not tremendously impactful right now,” he said. Further, only advanced technologies pertaining to deepwater, Arctic and shale development are subject to those sanctions. As identified by the US Treasury’s Office of Foreign Assets Control, the prohibited services include drilling, geophysical, geological, logistical and management services, as well as modeling capabilities and mapping technologies.

The ongoing political conflict between Russia and Ukraine has once again highlighted Europe’s dependency on Russia for energy, as well as Russia’s unreliability as a source for energy. In Eastern Europe, Romania’s government is following the situation closely and emphasizing the importance of its domestic energy resources.

Currently, much of Europe depends on natural gas imports from Russia delivered via pipelines through Ukraine. Romania, which is approximately 80% energy independent, plans to taper off Russia’s imports for themselves. In addition to its energy independence ambitions, the country hopes to become an exporter of natural gas by the end of the decade.

“The strategic goal is to have, in four to five years, enough supply for the Romanian and Moldova markets and also to be able to help, in time of crisis, the countries around us,” Victor Ponta, Prime Minister of Romania, stated. Mr Ponta and Romania’s Energy Minister Răzvan-Eugen Nicolescu discussed the country’s potential for energy independence and opportunities for foreign investors during a luncheon held by the World Affairs Council of Houston on 26 September.

Romania holds 51 Tcf of technically recoverable shale gas resources, according to a 2013 analysis by the US Energy Information Administration. While public opposition toward hydraulic fracturing has so far stifled shale drilling across Europe, Romania ended its moratorium on shale gas exploration in March 2013. Prime Minister Ponta characterized unconventionals development as one of the most challenging issue he’s faced since taking office in 2012. “When we first issued the first permits for the unconventionals … I discovered a lot of environmental NGOs from Russia were very interested in the environment in Romania,” he said, “but we have succeeded in explaining to the Romanian society that we have the highest standards of protecting the environment.”

The country is also eager for more foreign investments to support exploration activities using advanced technologies. Mr Ponta noted that Romania can offer stability, predictability and opportunity and wants to learn from US unconventionals development. “Romania has adopted legislation and is eager to promote investment in the conventional and nonconventional resources onshore and offshore exploration,” he said. “It’s about having the investor and technologies.”

In 2015, Romania plans to offer approximately 35 new exploration licenses for offshore and onshore blocks. “We intend to encourage companies to drill and be more ambitious with the exploration programs and with depths higher than 3,000 m,” Mr Nicolescu said. “We are very in favor of exploring unconventional opportunities.”

The Romanian government has been working with ExxonMobil and OMV Petrom to explore the Black Sea, on which the government has pinned high hopes. In July, the companies began drilling the Domino-2 well in the deepwater sector of the Neptun Block to determine the size and commercial viability of the gas field discovered by the Domino-1 exploration well in 2012. The Domino-2 well is located approximately 200 km offshore and in a water depth of approximately 800 m.

“If the discovery proves to be commercially viable, ExxonMobil would leverage its global deepwater experience and project execution expertise to ensure safe, environmentally responsible and timely resource development,” John Knapp, Managing Director for ExxonMobil in Romania, stated in a news release on 21 July.

Production from the Black Sea could provide neighboring countries – Bulgaria, Moldova and Ukraine – the opportunity to lessen their dependence on Russian gas, Mr Ponta explained. “There is a huge hope in deepwater, and there is a huge hope for all the countries around the Black Sea that this exploration will provide the gas that we need in order to avoid dependence on Russia’s gas.”

In September, Bloomberg reported that Schlumberger was withdrawing American and European staff from Russia. ExxonMobil also has been affected through its joint venture with Rosneft – stemming from a 2011 agreement for a $3.2 billion exploration program for the Kara Sea and Black Sea. In early August, ExxonMobil began drilling the University-1 well, the northernmost well in the Kara Sea, using North Atlantic Drilling’s West Alpha semisubmersible. North Atlantic Drilling, which is a subsidiary of Seadrill and whose management is based in Norway, declined to comment on its operations and plans in Russia when contacted by DC.

ExxonMobil, however, publicly announced its compliance after the US government announced the sanctions. The operator stated that the US Treasury Department granted an extension past the 26 September deadline “to enable the safe and responsible winding down of operations related to this exploration well.”

On 27 September, Rosneft announced the completion of the University-1 well, which had resulted in an oil discovery. The drilling was completed in record time – in just 1 ½ months, according to a statement on Rosneft’s website. The 2,113-m well was drilled in 81-m water depth approximately 250 km offshore Russia. “The resource base estimate of just this oil trap is 338 bcm of gas and more than 100 million tons (1 billion bbl) of oil,” stated Igor Sechin, President of Rosneft and Chairman of Rosneft’s Management Board. The entire resource base of the Kara Sea oil province is estimated to be 87 billion bbl of oil, which would be larger than the entire Gulf of Mexico, according to Rosneft’s statement.

As US and EU entities pull back some of their technologies and resources, Russia is looking to fill the void. “Russian operators have been aggressively looking for alternatives if they can’t get their hands on US oil equipment and services,” Mr Spears stated. “They’ve been turning their attention to what they can find from Chinese sources. I suspect that we’ll see more Chinese equipment and services go to the Russia market, and they’ll just keep on going with their programs.”

In turn, the export market for Russia’s hydrocarbons will become more diversified. “Russia will increasingly focus on China as a market for their oil and gas. They’ll try to diversify away from Europe and switch to China,” he said. “The bonds between the Chinese and Russian oil sectors will grow closer, which could have a negative impact on Western oilfield equipment and service companies.”

In the short term, the sanctions are not expected to have an immediate impact on energy supplies. “The types of sanctions and the things that have been sanctioned are long-lead time items – Russia’s oil shale developments, for example – and no one was expecting much oil to come from those for several years,” Mr Spears explained. “The actions right away don’t seem to have much of a bearing in terms of global oil supply and demand or prices.” The other aspect of the situation with Russia is whether US and EU operators will reconsider their willingness to invest in the Russian petroleum industry. “So far, there is no indication that this has happened, but much will depend on how the geopolitical environment unfolds,” Mr Spears said.

In the long term, the industry will have to wait to see if and to what extent US- and EU-based companies will be affected. “Timing is everything when you talk about oil and gas development,” Dr Kenneth Medlock III, a James A. and Susan G. Baker Fellow in Energy and Resource Economics, said. If the sanctions last one to two years, the impact will be minimal. “If it’s for a decade, then you’re talking about a completely different discussion. You’re talking about the other opportunities for technology and capital flow around the world.

“How this plays out in the long run is uncertain,” Dr Medlock continued. “If the ship were to be righted within the next two years, then these sanctions will curb, activity will commence, and 10 years down the road, it’ll be almost as if nothing happened.” Dr Medlock is also Senior Director at the Center for Energy Studies of the James A. Baker III Institute for Public Policy and an Adjunct Professor of economics and civil and environmental engineering at Rice University.

“What’s going to happen in regard to Russia and their actions in Ukraine and the severity of sanctions is anybody’s guess at this point.”

He noted that there are plenty of other business opportunities for US and EU operators and service providers, including the opening of the Mexico market and increasing activity in South America. “There’s still a lot of opportunity for capital to flow into different areas of the world. I don’t think that the constraint that’s being presented in the Arctic development in Russia will be all that binding for global oil production.” 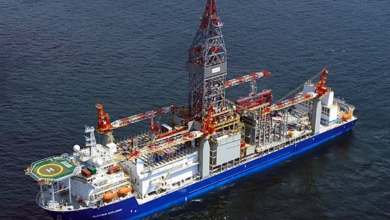 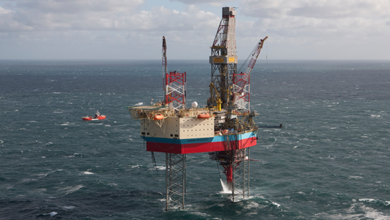 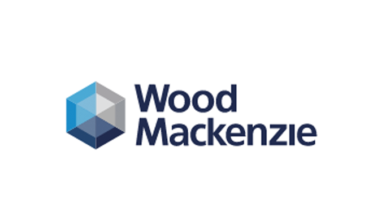