In the oilfield’s steady advance toward a largely robotic-driven drill floor, the profound influence of inter-industry technology transfer is undeniable. As demonstrated during the development of robotic technologies for repetitive and hazardous rig floor activities, robots employed in outside industrial settings provide sound baselines for adaption to meet drilling requirements.

Huisman’s robotic drill floor development initiative, highlighted with the engineering of a wholly robotic pipe-handling system, is providing insights into the philosophical and technical strategies that should be considered when developing enabling technologies to reduce the human element on the drill floor. First and foremost is establishing firm objectives as to the intended functions of the envisioned machines and processes. This requires debunking the widely held misconception in which mechanization, automation and robotics are used interchangeably.

Simply put, mechanization replaces human muscle with a machine, but human brainpower still makes the decisions. With automation, the machines perform multiple interrelated tasks but are limited to one repeated set of preprogrammed operations. This makes them unable to react to stimuli or be easily changed functionally. The Society of Mechatronics Engineering and Technology differentiates the two by describing mechanization as saving the use of human muscles and automation as saving the use of human judgment.

Robotics, on the other hand, focuses more on the associated hardware. Unlike mechanization, it also comprises automated controls and typically is adaptive. Thus, robots can be said to combine the best of mechanization and automation, with the capacity to perform several jobs simultaneously and with the sequence of operations readily switched when required. As reflected in the various applications of robotic manipulators developed for new-generation pipe-handling and tripping systems, these machines can change the specific tool attached and, therefore, react to stimuli to best fit an assigned task or function.

In contrast to the commonly used “bolt-on” approach that simply mechanizes select aspects of the drilling operation, one of the key learnings of the robotic drill floor development program was the inherent value of engineering the rig floor process to accommodate true, seamless automation. Fundamental to this wholesale process change was to avoid attempts to imitate the human but rather enhance the human-machine interface, where the respective strengths are both recognized and utilized.

Certain traditional pipe-handling processes, such as kicking out bails with elevators, for example, have a historical background. For true and fully optimized robotics, one must step away from these long-held paradigms and rethink the process.

Equally fundamental to both the process change and hardware development is ensuring simplicity in the motions of the machines and in performance measuring, lest the operation becomes overly complex and unmanageable. That thought process was front and center when evaluating the transfer possibilities of robotics used in other industrial applications. While no two robots are created equal, the robotic experiences of two sectors, namely automobile manufacturing and offshore pipelaying, provided conceptual blueprints well-suited for adaption to the rig floor.

The most recognized application of industrial robotics can be found on the typical automobile manufacturing assembly line. There, for example, “bionic” robotic hands incorporate sensors, actuators and simulated nerves to reduce the manual stress and fatigue of the more repetitive and human-driven final assembly tasks, such as wiring and wheel installation. The incorporation of lasers and cameras further enable robotic arms to more precisely direct the installation of individual parts on a vehicle body.

Most notably, the so-called collaborative robots work alongside their human colleagues, thereby exploiting respective strengths to enhance safety and productivity with increased flexibility. For repetitive exercises, the “human-friendly” machines take over the laborious, dirty and hazardous jobs, while humans deliver the flexibility and capacity to respond instantly to process deviations and other unexpected events. Thus, the auto manufacturing experience provided the closest non-oilfield analogy to the intended objectives of the robotic drill floor development initiative.

As the first robot employed in the auto industry, “Unimate” was used starting in 1961 for various automation applications like die casting, welding and handling large payloads. Nearly 20 years later, robots became universally accepted on the assembly line. Auto manufacturers recognized them as being cost effective, efficient and safe – the three features identified as integral criteria for robots developed for the modern drill floor. To achieve step-changes in efficiency and safety, it was recognized early on that the transition needed to be simple, reliable and effective.

The result of the initiative was a fully robotic pipe-handling system. It features robust, multifunctional and interchangeable manipulators that deliver simple automated movements that rotate, extend and move up and down the corners of an enhanced dual multipurpose tower (DMPT) drilling system specially engineered for floaters. Accordingly, these robotic manipulators can efficiently move stands of drill pipe and casing from two rotating setbacks to and from the well center, thereby eliminating the conventional overhead translating rackers on most drillships.

The entire handling system, which was engineered to handle 180-ft stands, is designed to automate unrestricted tripping speeds to roughly 5,000 ft/hr and increase the efficiencies of running long strings of casing and other tubulars. Performing these functions in an automated and controlled environment without direct manual involvement makes the drill floor inherently safer.

Offshore pipelaying represents a more closely aligned industrial analogy, particularly with respect to the application of mechanized-to-automated technologies for various functions outside of simply laying seabed pipelines. Pipelay, in itself, is a bit of a misnomer, as a considerable percentage of the on-water time of a pipelay vessel is occupied with the installation of typically mammoth Pipe Line End Termination (PLET) structures, requiring precise handling sequences.

Usually weighing well over 60 tons (up to 200-ton structures exist), the PLET is welded or flanged to the end of the pipeline, which is only then lowered to the seabed. Combined with their unwieldy size and weight, accurate positioning is paramount. The pipe stubs must be aligned within a millimeter to accommodate the welding process, making transport to the firing line and the subsequent line-up with sea-going pipe a complex operation and one that increases the hazards associated with offshore crane lifts. The development of a fully mechanized handling system allowed the PLET to be seamlessly picked up from the deck, transported to the firing line and lined up with only 5° of movement. By eliminating any crane assistance, the PLET handling operation is significantly safer and faster.

In addition, precisely controlled manipulators have been developed to eliminate hazardous rigging and the working-at-height required for traditional installation of large end connectors of flexible pipe. Further, the development of new-generation line-up tools for the J-Lay method for pipelaying has demonstrated tenths of a millimeter positioning accuracy.

The development of these manipulators for installing end connectors on flexible pipe, as well as the engineering of positioning sensors, contributed heavily to the practical experiences necessary to apply similar robotics on the drill floor. For example, the robust manipulators used for handling 180-ft stands of drill pipe, casing and other heavy BHA stands, required the development of what are considered among the largest industrial robotic manipulators, with a rating of 7 mt safe working load. These manipulators also had to be equipped with precise sensors to ensure the stands of pipe are gripped properly and controlled to a precise location during tripping. Additionally, whereas PLET handling required precision and flexibility, the keywords for pipe-handling manipulators were speed, consistency and precision.

Apps on the rig floor

As in the pipelaying sector, precise motion and position sensing was required to enable the rig floor pipe-handling manipulators to seek out and change the “application” tools with little or no human interface. Thus, similar in concept to the basic operating system for a computer or smart device with multiple applications specific to the user’s interests, the robotic manipulators, in effect, are the basic operating system for various drill floor functions. Each manipulator is identical, typically 12 in total, three on each corner of the drilling tower. Once a specific tool (application) is added to the manipulator arm, that arm becomes dedicated to a specific use or app.

A pipe gripper, for instance, could be added to a couple of manipulators on one corner of the drilling tower that are then programmed to act in concert with each other and handle pipe stands during tripping operations. A third manipulator on the opposite tower corner could be equipped with an iron roughneck and spinner head, making it dedicated to making up or breaking out drill pipe stands. When programmed together, these three robotic arms become dedicated to the main functions of pipe handling while tripping. Similarly, manipulator arms on the auxiliary or construction floor side of the tower could be fitted with riser aligner tools and bolt makeup tools for automated running or risers.

Like the simple change from one computer or smart device application to another, each of the manipulators facilitate changing of the tool or application within minutes, with little or no human interface. The tools are stored and retrieved from a dedicated tool rack on an as-needed basis, effectively changing the app.

A full-scale test tower in Schiedam, The Netherlands, is being commissioned in Q1 2016. It will not only validate existing robotic drilling technologies with the manipulator arms and tools but also investigate future automation opportunities. Engineered with 3.0 million- to 3.6million-lb hookload capacity, the test tower was designed and built to prove the robotic advancements, including the automated tripping technology, using actual 180-ft stands of drill pipe and running of 150-ft risers.

As the test tower is uniquely engineered to simulate drillship dynamic roll ±2°, it proves near real-world conditions for evaluating developed and proposed technologies, including robotic pipe handling, the dynamic behavior of smaller-OD drill pipe during uplifting and running operations, and the maneuverability of longer risers, among others.

The test tower was designed as another acknowledgment of the continually evolving nature of drill floor robotics and their contribution to safer, more efficient and more economical offshore drilling operations. DC

Drilling Ahead: Don’t let crisis go to waste: Time for change is now 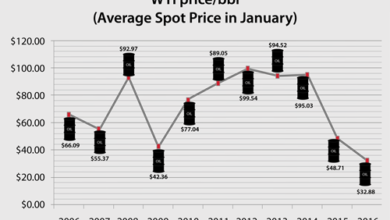 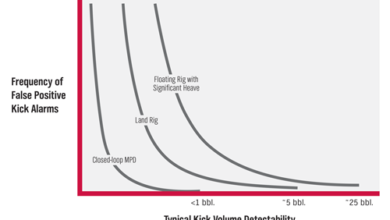 With BSEE Well Control Rule in force, it’s time to take another look at RFC-HSE variant of MPD