China National Offshore Oil Corp (CNOOC) has established an Advanced Drilling Simulation and Engineering Center (ADSEC) in Tianjin, China. The Chinese national oil company partnered with Norway-based eDrilling to equip the center with an advanced planning system using dynamic models for drilling, cementing, displacements and other well-related hydraulics, as well as multiphase flows during well control. The center also includes a real-time simulation and decision support module that is driven by real-time well data, as well as an integrated downhole and topside training simulator. “The important thing is that you can utilize the same advanced modeling in the whole life cycle of the drilling process, from planning to after-action,” eDrilling CTO and Member of Board Rolv Rommetveit said at the 2016 IADC/SPE Asia Pacific Drilling Technology Conference, held 22-24 August in Singapore. “It also makes it possible to utilize advanced modeling, for instance, in the operational phase and in the training phase. Up to now, that kind of advanced and transient modeling has only been used for planning and design.”

The project began when CNOOC recognized a need to strengthen its well construction process, particularly for challenging wells in the South China Sea. The operator began to seek a system that would utilize the significant amounts of data already generated during the drilling process. The NOC ended up collaborating with eDrilling, which had provided similar technologies to other operators, notably ConocoPhillips in Norway.

CNOOC eventually installed a full system in the ADSEC, including a training simulator that Mr Rommetveit describes as a “drilling flight simulator” because it allows students to be trained not just on using topside equipment but also on dealing with downhole problems. Simulators have been used for drilling training for a long time, he said, but they have traditionally focused on topside equipment. The training simulator at the ADSEC uses not just a virtual reality topside rig floor simulator but also realistic modeling of the downhole drilling process. “I would call our simulator a ‘drilling flight simulator’ because you can train like a pilot. They train on a flight simulator, and they can make flights just the same in the simulator as they do in real life. They can handle all the problems just like they handle them in real life. If you’re in a traditional simulator, you can’t do that,” he said.

Typical training scenarios are complications arising during drilling, tripping and well control operations, such as stuck pipe, losses and collapsing well. For CNOOC, so far the ADSEC training simulator has primarily been used to train drilling supervisors and offshore drilling engineers.

Not just the training simulator but also the planning system and real-time drilling simulation at the ADSEC are all driven by “numerical models based on dynamic modeling and solution of complex equations,” Mr Rommetveit said. “Our models are based on physics modeling from first principles. That means the models are valid for any type of well, even when conditions in the well change.” The models also take into account dynamic feedback from the well, which is seen in real time.

The system further includes a forward-looking module, which automatically uses dynamic modeling to calculate and predict, for example, what the pressure in the well will be 30 minutes to two hours ahead of time. In principle, calculations can even be made for up to 24 hours ahead. “We take the model and calculate the operators they expect to perform for the next 24 hours, and we can make a forecast, like a weather forecast. This is used to predict the risks, because every day the conditions in the well will change, so they can use this to do dynamic planning on the fly.”

For real-time operations support, the system includes what eDrilling calls diagnostic modules, which automatically warns the user of any imminent issues. “The next step will then be from diagnosis of a problem to propose how to solve it,” Mr Rommetveit said, noting that the company is working to develop automatic diagnostics and active decision support. “For that next phase, we can also use advanced modeling to test out in the modeling domain with different alternatives in order to solve it, and then choose the most optimum based on many different simulations.” 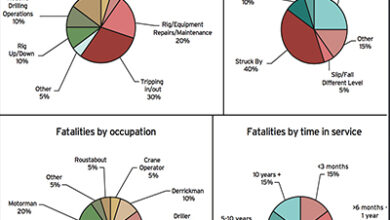