Among the list of unconventional drilling techniques that include a combination of single-phase and multiphase mixtures of gas and liquid or dual density of two single-phase fluids, managed pressure drilling (MPD) is by far the most commonly used technique today. Throughout the process of MPD, the change in the equivalent mud weight (EMW) value is carried out by manipulating the annular pressure from a choke on surface.

MPD utilizes a mud weight whose hydrostatic head is lower than the formation pressure under static conditions. Lightweight fluid is the common theme in both underbalanced drilling (UBD) and MPD. While UBD and MPD can be carried out with either single or multiphase fluids, this article will focus on single-phase fluid because that is the most common application.

This article looks into an approach that helps the reader visualize how the mud weight (MW), surface-applied choke pressure (SACP) and ECD interact to achieve the desired result. In many instances, MPD is a technique that can leave several questions in the reader’s mind. The approach described in this article shows how to use a single-phase hydraulics macro in Excel to analyze a hole section identified as an MPD candidate.

This simple approach also approximates the optimum MW that should be used to drill the section using MPD. While applying the MPD technique, only the open-hole section is analyzed instead of the whole well, since cased-off sections do not affect well control or formation stability.

In most cases, MPD is applied in a single troublesome section, although sometimes it is applied in multiple sections posing different problems. Quite often, if the equipment is already in place for use on a single well section, MPD proves to be advantageous and is used to mitigate issues on other well sections that is possible to handle by conventional methods but can be handled better with MPD.

This simple method consists of a Cartesian coordinate system where the x-axis relates to ECD (ppg) and y-axis refers to open-hole length in ft. As stated, only the open-hole section will be considered. Therefore, a lateral length of 4,846 ft of open hole will be part of this analysis.

Consider the following data for a well with a tapered drill string:

Since MPD is a single-phase fluid operation in most cases, a simple hydraulics calculator can be used to simply approximate both static and dynamic pressures or ECDs without using a software model. The values generated by this calculator will be inserted in the Cartesian graph alongside the PP and FP.

The flow rate used for hydraulics calculation is taken as 260 gpm for a 6.125-in. open hole.

A summary of the calculation for bottomhole circulating pressure (BHCP)/ECD and other hydraulic parameters can be seen in the single-phase hydraulics program shown in Figure 1.

For purposes of simplicity:

First, the three MWs are plotted on a single chart with PP and FP. Figure 2 shows the effects of these three MWs. Note that the x-axis is ECD (ppg) and y-axis is the lateral extension or horizontal leg of the reservoir in feet. It is evident that the drilling MW of 11.5 is above the FG of 11.3 ppg, creating fractures and resulting in losses while the pumps are running and a flowback of those losses when the pumps are shut down (wellbore breathing).

From the graph, it is clear that a 9-ppg MW will be lower than both PP and FP. A low MW like this will require adjustments using a choke that can introduce an SACP on the formation to keep the same ECD at the sandface, both with the pumps running or shut down. This ECD will stay within the window between the FP and PP. Having a low MW also reduces the number of solids/barite, something that could result in higher instantaneous ROPs. ROP is a challenge in this area with the 11.5-ppg MW. Overall results of this analysis is in Table 1.

Now, let’s see the effect of using a 9-ppg mud system and its relationship with SACP and corresponding ECDs. In order for the well to be drilled at 9 ppg, referring to Figure 2 will allow the engineer to analyze a range of SACP that are required from the shoe to the TD without exceeding the FG.

In Figure 3, using conventional drilling methods, a 9-ppg mud will not overcome the pore pressure of the formation. Figure 3 also clarifies the role of annular pressure loss, which is proportional to the length of the wellbore.

As the lateral length of the well increases, SACP goes to a lower value. This also confirms that the full length of the wellbore during MPD is neither “at” nor “slightly overbalanced to” the formation pressure. In other words, it is wrong to say that SACP can keep a constant bottomhole pressure throughout the length of the wellbore, but it is correct to say that SACP allows one to maintain a constant pressure at a selected location in the wellbore. That location may be at the casing shoe, the toe or anywhere in between. Correct selection of the combination of MW and SACP can, however, often allow maintaining the entire wellbore within the required operating window.

Figure 3 also identifies three spots (or nodes) with their respective SACP values, which will bring them at balance with PP. They are summarized in Table 2.

The question is how much of an SACP is required to drill this 4,840 ft of open hole.

The proposed method demonstrates a simplified technique to perform a Level 1 MPD analysis across a given open-hole section based on a chosen range of MWs. It helps readers appreciate the relationship between SACP and MW and their impact on drilling hydraulics design in reservoirs with a low PP and FP window.

Because MPD utilizes a lower MW, the static hydrostatic head of the drilling fluid will typically be lower than the reservoir pressure at any point, if SACP equals 0. It should also be noted that this analysis does not consider a single MW selection, which ultimately dictates the value of SACP that would be required to keep the well above the PP and below the FP throughout the drilling operation. These graphs are meant to assist drilling engineers in carrying out a Level 1 analysis without the need for exhaustive understanding of the MPD design or relying on vendors. However, detailed design, such as Level-2 study, must be carried out to ensure proper design with suitable selection of MPD equipment (manifold, rotating control device, etc) to allow for a successful job design and execution. DC

Acknowledgements: The author would like to thank Dennis Moore from Marathon Oil, and Lashar Lavenue and Steve Ortiz from Saudi Aramco UPDC for their assistance. 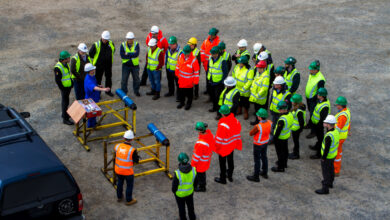 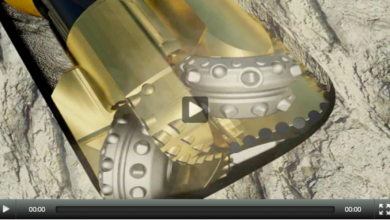