The discovery, made within the 2,000 sq km Khalij Al-Bahrain Basin, is located in shallow waters off the kingdom’s west coast, close to a fully operational oil field with ready-to-connect-to facilities, according to Halliburton, who added that this unique factor provides potential for significant cost optimization.

A separate discovery of significant gas reserves in two accumulations below Bahrain’s main gas reservoir has been confirmed.

Extensive work has already been carried out to evaluate in-place volumes. The first well in the drilling program is planned to produce in August, and over the next two years focus will be given to maximizing production and commercial efficiency.

Announcing the size and content of the discovered resources, Bahrain’s Minister of Oil, Shaikh Mohammed bin Khalifa Al Khalifa, said, “DeGolyer and MacNaughton’s and Halliburton’s independent appraisals have confirmed NOGA’s find of highly significant quantities of oil in-place for the Khalij Al Bahrain, with tight oil amounting to at least 80 billion bbl and deep gas reserves in the region of 10-20 trillion cu ft.

“Agreement has been reached with Halliburton to commence drilling on two further appraisal wells in 2018, to further evaluate reservoir potential, optimize completions, and initiate long-term production,” the Minister added.

Positive test well results have successfully demonstrated the productivity of the significant resource, with Schlumberger, who performed the first test well drilling, adding that Bapco has already succeeded in flowing high-quality oil from the wells during the testing and flow back phases.

“Based on the core analysis carried out on several wells, the formation could be classified at the edge of the conventional-unconventional type of plays,” a Schlumberger spokesperson noted.

Bapco Chief Exploration Geologist in charge of the discovery,  Yahya Alansari, added, “the presence of a layer with moderate conventional reservoir properties on top of an organic-rich source rock creates a unique self-sourcing and trapping system, enhancing production and economic viability. The confirmation of this significant resource highlights the vast exploration and production potential and opportunities in Bahrain.”

The newly discovered resource, which officials expect to be on production within five years, is expected to provide significant and long-term positive benefits to the kingdom’s economy, both directly and indirectly through downstream activities in related industries.

NOGA added that the next stage of development will focus on ensuring robust frameworks, data and terms are in place to facilitate further activities and commercial opportunities with international partners. 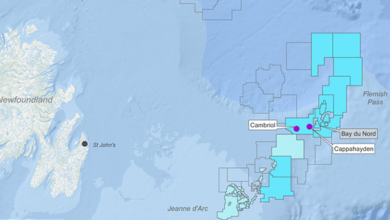 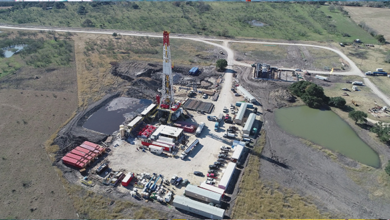