“The constant bottomhole pressure (CBHP) technique was selected to control the drilling fluid ECD and to manage the drilling fluid density requirements accordingly,” Mr Torres said. “In addition, as the operational pressure window between the formation influx and fluid losses could get closed, leading to the boundary where the losses are uncontrollable by mechanical means, the MPD strategy approached to switch the drilling mode to the pressurized mudcap drilling technique (PMCD).”

In this basin offshore India, offset well data showed that, although the window between pore pressure and fracture pressure was wide (15 ppg to 18 ppg), fluid losses started in these offset wells at bottomhole pressure values below the natural fracture gradient. This condition led to kick and loss events that produced around 4,000 bbls of synthetic oil base mud losses and several days of nonproductive time.

During the planning phase, a strategy was established for the well that the CBHP drilling mode would be used initially to maintain the influx/losses balance while drilling through the fractured limestone-carbonate reserves.

“Having a high possibility that high fluid losses could be reaching the boundary of being uncontrollable by mechanical means,” Mr Torres said, it was decided that the drilling mode would then be switched to the PMCD technique. PMCD would allow drilling with no returns on surface, injecting down the drill pipe and into the formation sacrificial fluid while the annulus is closed at the MPD choke and maintained full of high-viscosity mud.

“The upper limit value estimation was based on the analysis of the drilling problems experienced in the offset wells … where severe to total fluid losses were reported whilst the fractured carbonates formation was drilled in the interval range of 2,800 to 3,200 meters, using drilling fluids with a density ranging between 13.7 and 14.0 ppg,” Mr Torres said.

The original drilling program defined the total depth for the 12 ¼-in. hole section to 3,600 meters, as drilling conditions allowed; however, 205 meters more were actually drilled in the section to 3,805 meters. MPD technology was also used to drill the 8 ½-in. section although it was not initially planned.

The 12 ¼-in. section was drilled in 27 days, and it took six more days to drill the 8 ½-in. section. “In both cases, the ECD was managed combining the friction loss pressure in the annulus and the backpressure produced by the MPD choke,” Mr Torres said.

Overall, no fluid losses were experienced as expected. The application of the CBHP MPD technique allowed the drilling of fractured limestone formation in both hole sections with the lowest mud weight as allowed by the kick tolerance limit. “Thus, the associated drilling hazards such as stuck pipe and formation influxes experienced in previous wells production by hydrostatic reduction were mitigated,” he said.

Further information about this project can be found in IADC/SPE 143102, “The Challenges and Results of Applying Managed Pressure Drilling Techniques on an Exploratory Offshore Well in India: A Case History.” 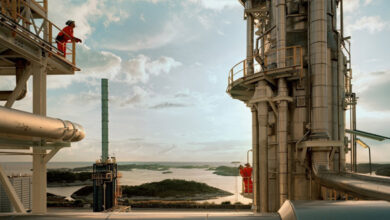 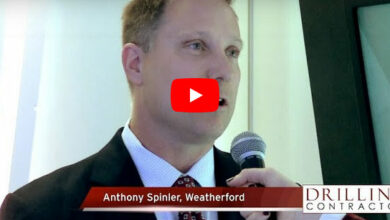