The Schlumberger SenTURIAN* subsea landing string electrohydraulic operating system is an  innovative, shorter modular system that allows safe, reliable and efficient completion installation, well cleanup and well testing from a dynamically positioned vessel in water depths to 15,000 ft. It is the first landing string system to use interchangeable mandrels and pressure-balanced accumulators, which allows subsea control and accumulator modules to be combined in a single assembly about 50% shorter than other systems. It provides the tensile strength, pressure rating and hydraulic output needed for operations in shallow to ultra-deepwater.

“The fast acting operating system can be configured to close in a well and disconnect the landing string in less than 15 seconds, as required during operations performed from dynamically positioned vessels,” said Andy Hill, Marketing and Technology Manager, Subsea Landing String Services, Schlumberger.

“The compact design enhances safety and ease of handing during operations,” Mr Hill continued. “This results in rig time savings and optimum operational efficiency during completion installation and flow back operations.”

The SenTURIAN system is the world’s first and only in-riser operating system designed and certified in accordance with the International Electrotechnical Commission’s IEC 61508 SIL 2 reliability specifications for safety-related systems. This independent certification provides assurance of system reliability and associated safety levels. The system addresses the industry requirements to operate in water depths to 15,000 ft in high pressure, high temperature and hostile conditions. The modular design enables compliance with ISO 13628-7 standards by providing electronic redundancy and pressure readout for each subsea function.

The system operates the family of SenTREE* subsea test trees, tubing hanger running tools and completion equipment. It is qualified to 275°F and 15,000 psi. The system has an interchangeable mandrel to increase the pressure rating above 15,000 psi for project specific requirements.

Among the system’s features are pressure-balanced accumulators incorporated in the modular accumulator package with hermetically sealed helium precharged chambers that are factory set and sealed. These accumulators are smaller than conventional accumulators and provide more usable volume at high hydrostatic pressures. They require little or no maintenance and no field intervention to adjust the precharged pressure for different operating depths.

“The SenTURIAN system was in development for 36 months and was commercialized in September 2009” said Joe Scranton, Subsea and Downhole Testing Principal Engineer, Schlumberger.

Several challenges were met and overcome during the three-year development and testing period. “Invention and qualification of key technology building blocks while concurrently developing the system architecture was one challenge,” Mr Scranton said.

“Early on, a major electrical design goal was to achieve IEC 61508 SIL 2 compliance, and this created a major engineering design challenge for the design team,” he continued. “The SIL 2 compliance effort affected the selection of every electrical component in the critical path. Extensive reliability analysis began at an early project stage.”

The SenTURIAN system was used in the first-ever deepwater well completed offshore India, and over 30 successful completions in India and the Gulf of Mexico.

If you’re not playing the shale game, it might be time to start 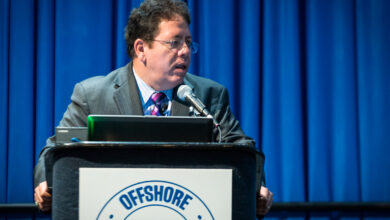 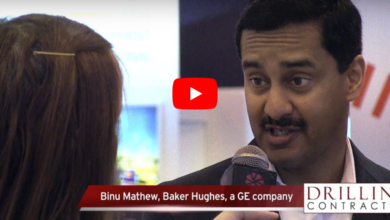