As a regional wells discipline leader for Shell, Wim Van Vliet oversees HSE and performance in countries like China, Philippines, Malaysia, Brunei, Australia and New Zealand. “It’s a region made up of significantly different cultures. So if you want to perform in that region, you’ve got to adapt your style to the cultures you’re dealing with,” he said during a keynote address at the 2010 IADC Drilling HSE Asia Pacific Conference & Exhibition on 24 March in Singapore.

Recalling leaving college in Holland to work in Aberdeen in his early career, Mr Van Vliet described the experience as being a major culture shock. Likewise for his later experiences working in countries like Brunei, Syria, Libya – all of which shaped the way he looked at the world and affected the way he way he deals with people, manages HSE and manages performance.

Looking at the “Culture Pyramid,” Mr Van Vliet said that the elements of structure, process and procedures are “easy to buy and arguably easy to implement, but that’s not what makes a great HSE performance.” Instead, a company chasing after world-class HSE performance must “work on our behaviors, values and beliefs,” he said.

Everyone in this world has his or her own set of beliefs about the world: what is good, what is bad, what is right, what is wrong. He will behave in a certain way based on his values. Structure, process and procedures are only there to help us do our job, but “they don’t replace my behaviors, values and beliefs.”

Separating the Asia Pacific area into three regions – North Asia, Southeast Asia and Oceania – Mr Van Vliet said that certain generalizations can be made about the culture of each region. In North Asia, there is a strong sense of collectivity. The concept of “face” is very important, there is a very large power distance between supervisors and their subordinates, and people are very nationalistic. “There’s an economic need to be safe, and arguably, society accepts a relatively large risk level.”

Southeast Asia is also a collective society where people have an economic need to stay safe. Face is also important and there is a large power distance between supervisor and subordinates, Mr Van Vliet said, though not to the extent as in North Asia. Society generally accepts an average risk level.

Down in Australia and New Zealand, those are largely individualistic societies; there is little power distance between subordinates and supervisors; and society at large is risk averse.

Next-best of the three is Southeast Asia, where the company uses HSE networking groups to engage its work force. “HSE participation schemes” are also popular, Mr Van Vliet said, “because people in this area are extremely proud of being a model for good HSE performance, and they thrive on it.”

HSE performance is relatively worse in Australia and New Zealand compared with North and Southeast Asia, though Shell continues to pursue safety through training and coaching, expectation setting, consequence management, and peer pressure and support, he said.

In conclusion, Mr Van Vliet emphasized that “HSE performance should be based on understanding people’s motivation” and having respect for people in their way, not yours. Communication is important, as is knowing how to interact and intervene. “You also have to be clear in your expectations, but you have to be inclusive,” he said.

Panel session: Performance and drilling can go hand in hand 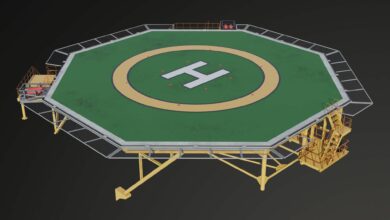