The concept of seismic-while-drilling (SWD) promises so much, yet still the industry has realized so little of that promise. Drilling Contractor spoke with Robert Radtke, president of Technology International, about where SWD is at, and where it might be headed. Technology International has been working on a joint project with the US Department of Energy to push the current limitations of SWD. Mr Radtke served as chairman of an SPE Emerging Technology Workshop focused solely on SWD in late 2007 and believes the industry is on the verge of a significant SWD breakthrough.

DC: Why is SWD still such a niche application?

Radtke: Seismic-while-drilling is an emerging technology, and it has been limited because of a lack of a true downhole source at the drill bit. The first SWD work was done where the drill bit was the source. But, today, most drilling is done with PDC bits, and the PDC bit is not an adequate source.

Radtke: It’s too quiet. The roller bit was a good source. It crushed the rock so it made more noise. The PDC bit shears the rock, so runs very quietly.

DC: What are alternatives to using the bit as the source?

DC: Is that source commercially available yet?

Radtke: Not, it’s not. It’s in the research stage. But when it is successful, I would estimate that the seismic-while-drilling market will increase by over an order of magnitude.

DC: What is the new technology is based on?

Radtke: The new technology is based on what’s called a SeismicPulser. It provides for an otherwise high frequency impulse source to generate low frequencies. With low frequencies, you can transmit from great depths to the surface.
Hydraulic pulsers demand a large amount of the available hydraulic energy at the bit, which causes the bit to drill slower. The SeismicPulser, however, uses less than 15 hydraulic horsepower. It generates high voltage downhole, which is used to pulse a sparker. The sparker lifts the SeismicPulser technology and produces low frequencies that can be transmitted to the surface.

DC: How long has Technology International been working on this with the DOE and when might it become available to the wider industry?

Radtke: This program has been going on for nearly four years. Right now we’re in field tests. With the support of a major service company and oil company, we will be taking this technology to the deepwater Gulf of Mexico this year.

DC: What are the physical limitations?

DC: What can drilling engineers achieve with this technology once it’s tested and available?

Radtke: For the drilling engineer, it means improved safety. It means they can get accurate pore pressure ahead of the bit while drilling.

DC: How far ahead of the bit?

DC: So will we really be able to look ahead of the bit with this technology?

DC: Are there any missing components or factors to this package?

Radtke: No, there really is not.

DC: Is the use of wired drillpipe involved?

Radtke: The service company testing used a downhole recorder to get near-wellbore diagnostics, and that information would be transferred rapidly to the surface by wired drillpipe.

DC: So what are the remaining obstacles to SWD becoming commonly deployed?

Radtke: Successful demonstration of the new technologies.
The field test we’re doing this year will be the first one. We’ve tested in the field at the University of Texas Irvine seismic test site. That test was successful, but it wasn’t on the drill string. The first test on the drill string will be at the Rocky Mountain Oilfield Testing Center (RMOTC) field test site in Wyoming. Thereafter it will be with the service companies in their test wells and with the oil company offshore.

DC: Do you see operators showing increasing interest in SWD?

Radtke: Operators have been utilizing seismic-while-drilling. It’s estimated to be about a $30-million service business now. The potential is over $1.2 billion, along with drill bit seismic while drilling.

DC: Do you think that in 5-10 years, SWD will be used on the majority of wells being drilled offshore?

Radtke: A Chevron engineer has been quoted saying that right now it’s like we’re drilling with the headlights turned off at night. The only thing we can do is stop the car after we’ve hit something. With seismic-while-drilling, we’ll be able to look ahead and drill safely. The answer is yes, it will be used, in critical wells where abnormal pressures exist and where the seismic data is vital to the geologist.

Technology International has a patent pending for the SeismicPulser.

Responsibility, not regulations, will guide industry to enhanced HSE performance 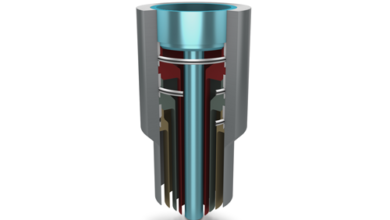