Managing downhole pressure is a critical element while drilling, particularly in deepwater and extended-reach conditions. The depths and design complexities of ultra-deepwater wells with extended-reach laterals create well control challenges that tax the operating limits of conventional drilling methods.

For example, conventional methods typically call for stopping circulation of the drilling fluid during connections and restarting circulation after a new pipe stand is connected. However, a pause in mud circulation for even a few minutes may introduce wide variations in equivalent circulation density (ECD) and spikes in downhole pressure as fluid conditions in the well oscillate between dynamic and static.

In a reservoir with a narrow operating window between the maximum pore pressure gradient and the minimum fracture pressure gradient, a sudden change in ECD could lead to mud losses into the reservoir or an undesired and inopportune influx of reservoir fluids into the wellbore. This influx would lead to a pressure spike in the system that could then lead to containment problems at the wellhead. High-profile well control incidents in recent years, most notably in the deepwater Macondo well, have prompted regulators and operators to find and implement more rigorous deepwater well control methods.

• Minimizing the footprint on the rig floor;

• Reducing start-up torque and the risk of a stuck bottomhole assembly (BHA).

Although the concept of continuous circulation has been known to the industry for 50 years, it did not gain prominence as a wellbore stability feature until fairly recently, with the advent of real-time downhole pressure monitoring and control.

Weatherford began developing its continuous flow system (CFS) sub in 2007, with an original goal of handling maximum flow rate in 5-in. drill pipe up to 5,000-psi standpipe pressure. A prototype was developed with a flow port on the side, to which a removable plug was installed. The plug had seals on the outside and a locking mechanism to retain it in the side flow port. The sub also had a float valve installed just above the side flow port, which was meant to prevent the upward flow of drilling fluid during connections.

Ongoing industry interest and the move to more complex wellbores prompted modifications to the prototype. The redesign began by accumulating information to determine the ideal types of operations for the tool and the relative data points associated with those operations requiring a continuous flow system.

This led to a new system compatible with 6 5/8-in. drill pipe – a size commonly used in deepwater wells – and a manifold capable of handling a flow rate up to 2,000 gpm. Other design changes included a clean bore diameter without a float valve inside, which would allow for wireline intervention, if needed. Having an externally assembled plug was also unacceptable, as it had the potential of coming loose downhole. Other considerations were related to reliable and safe operation of the CFS sub for flow switching multiple times.

The new design underwent a testing protocol for reliability and functionality, with initial tests examining the functionality of the sub and clamp assembly as a function of pressure. The sub body and clamp assembly were tested at up to 11,250-psi internal pressure, which was 1½ times the working pressure rating, at ambient temperature. The sub body and seals were then tested at up to 10,000-psi internal and external pressures at elevated temperatures of up to 350ºF. Finally, the clamp operation was tested at the working pressure of 7,500 psi inside the sub and side flow pipe. This final test verified that the hydraulic motor on the clamp had sufficient power to operate the inner sleeve and that there was no fluid leakage from the sub during inner sleeve movement.

The next set of tests focused on the erosion potential of the sub and side flow pipe due to fluid flow at maximum designed flow rate. Separate tests included running a 12 ppg water-based drilling fluid containing 2-3% sand at rates of 1,200 gpm and 2,000 gpm, for 50 hours and 100 hours, respectively. A similar round of tests exposed the seals at the lower end of the sub to 12-ppg drilling fluid flowing at 1,200 gpm flow rate for 50 hours, which verified retention of the lower seals in respective seal grooves.

Final tests were conducted on an experimental drilling rig in Houston to evaluate integrated system functionality in a controlled environment. One test investigated potential issues with respect to attaching or removing the CFS clamp to the sub on the rig floor. The goal was to minimize the time required and rig personnel risks when safely attaching the clamp, a process that includes latching segments together and opening the mud saver valve before breaking the top drive connection.

Another rig test evaluated the control logic for the operation of hydraulic motors on the clamp and functioning of mud valves on the manifold skid, which ensured that no step would be executed out of sequence. A related test evaluated the ability of the control logic to safely and efficiently terminate the program at any step and go to a contingency loop if an unexpected event were to occur. For example, once the clamp had been attached to the CFS sub, a test was run to ensure the integrity of the external seals on the side flow pipe. If a leak were detected, machine sequencing could be interrupted to fix the seals before proceeding further, preventing spillage onto the rig floor.

Laboratory and rig tests validated the new design and confirmed its operation to help maintain a constant bottomhole pressure in MPD applications. Key components include an inner sleeve and a ball valve and a full-bore inside diameter (ID) without restrictions during normal drilling mode to allow wireline interventions, if needed. The ball valve is fully concealed inside the sub. In normal drilling mode, the sleeve is in its lowered position to cover the side flow port, and the ball valve is in its open position. Double seals below and above the side flow port prevent fluid leakage to the outside or from the outside to the inside (in the event of higher annulus pressure).

The sub also has a rectangular window to engage a finger from the clamp assembly with the inner sleeve. The finger pushes the inner sleeve up, which opens the side flow port and automatically turns the ball valve to the closed position. The side flow port is fully open before the ball valve starts closing, which is a safety measure that prevents overpressuring on the rig pump side, which may lead to deadheading the rig pumps.

To switch flow back to the top drive, the inner sleeve is pushed downward, putting the sub in normal drilling mode. The inner-sleeve design is pressure balanced, preventing it from sliding up or down by itself because of pressure inside the sub or higher external pressure. This design feature prevents fluid leakage from the sub to the annulus or fluid entrance from the annulus downhole into the sub.

The clamp includes a side flow pipe assembly and a suspension device. The tail end of the side flow pipe has a connection for a mud hose while the other end has a three-segment clamp for attachment to the CFS sub. The main clamp segment is fixed, whereas the other two segments are hinged to wrap around the CFS sub and are manually latched together.

When the clamp is pulled over the CFS sub, the front end of the pipe assembly stabs into the sub’s side flow port, and the finger engages the inner sleeve through the rectangular window. The sub is engineered such that when the side flow pipe aligns with the side flow port, the finger automatically lands in a groove on the inner sleeve. The side flow pipe also has a manually operated ball valve in the middle section, designed to prevent trapped drilling fluid from spilling onto the rig floor each time the CFS clamp assembly is detached from the sub.

The CFS clamp assembly is suspended from the derrick like a manual tong. From an operational perspective, human interaction on the rig floor is limited to attaching/removing the CFS clamp and opening/closing the mud-saver valve in the side flow pipe. The hydraulic cylinder, which raises and lowers the clamp, provides ergonomic benefits for the crew during rig-up and rig-down. During operations, the programmable logic control system takes over, which remotely controls all other steps required to switch flow from the top drive to the side flow pipe and back. For additional safety assurances, personnel are not needed on the rig floor while the equipment is functioning under pressure.

In addition to the CFS subs and clamp assembly, the system includes a manifold skid, two hydraulic power units and a control system with two human-machine interfaces. One CFS sub is needed for each stand of drill pipe, and subs should be preassembled to the stands before racking back in the derrick. The overall system is modular in design so a configuration can be fully implemented into the operator’s flow loop and fitted to the specifics of the rig with minimal equipment on the rig floor.

Developing a CFS that is capable of handling extreme conditions requires great consideration and sufficient testing. The design and testing protocol must also ensure that the tool operates reliably and safely to minimize operational risks, downtime and environmental impact. Such an extensive testing process yielded a robust circulation system that can withstand the operational challenges associated with ultra-deepwater wells, high-pressure, high-temperature reservoirs, tight pressure windows and extended-reach laterals. A larger selection of continuous flow subs is under development to fit a multitude of drill pipe sizes.

This article is based on IADC/SPE 168030, “A New Continuous Flow System (CFS) for Managed Pressure Drilling,” presented at the 2014 IADC/SPE Drilling Conference, 4-6 March, Fort Worth, Texas. 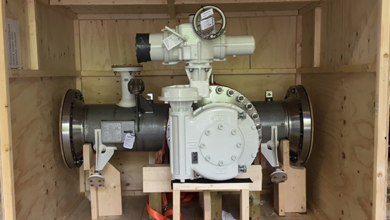 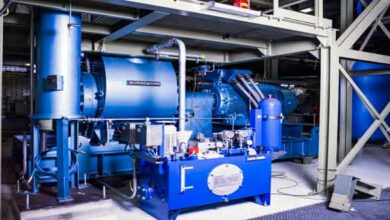