A joint industry project (JIP), launched earlier this year to establish an industry-wide BOP reliability database, is now concluding Phase One, preparing for phase two and expanding its reach.

The JIP, initiated by IADC and the International Association of Oil and Gas Producers (IOGP), has collected performance data from approximately 200 BOPs since Phase One began in January 2016. The data, so far mostly on subsea BOPs, is being used to help the industry identify BOP defect and failure trends and impact on BOP system performance. In Phase Two, the JIP will focus on recruiting more operator and contractor members, as well as on formalizing methods of collaboration among JIP member companies based on data collected.

“What we find is that, by collectively seeing a common set of data, we can nurture and create a natural collaboration amongst JIP members to solve common problems,” said Mark Siegmund, BP Advisor for Wells Reliability and Chairman of the IOGP Wells Expert Committee BOP Task Force. For example, the database has already helped confirm for JIP members that hydraulic fluid leaks to hoses, tubing and fittings are among the top five BOP defect categories.

In addition, the IADC-administered BOP reliability database could soon play a role in the implementation of the Well Control Rule by the US Bureau of Safety and Environmental Enforcement (BSEE). Because JIP participants already collect information on BOP failures and defects, and report the information to OEMs, the database could help companies to satisfy the new rule’s defect-reporting requirements. As of late July, BSEE staff had met twice with representatives of the JIP Oversight Committee, which oversees the JIP’s day-to-day operations, to discuss how BSEE could make use of the database – both the information and the framework.

“We have a common desire to improve the performance and safety of the equipment, and we fully intend to continue working with the regulators” said Bob Blank, Vice President of Operations Excellence at Noble Drilling Services and Vice Chairman of the JIP Oversight Committee.

When a participating JIP member experiences a BOP failure or finds a defect, they input all known information about the incident into the electronic database, such as the component that malfunctioned and the suspected cause. Once the true source of the defect or failure has been confirmed, often by way of formal root cause failure analysis (RCFA), the information can be updated in the database. The data is also sortable by system type, by component or by operating region.

“JIP members can perform their own analysis against company preferences or recent trends to determine their own key performance indicators for launching and collaborating on BOP improvement initiatives,” Mr Siegmund said.

The database also features dashboards that highlight trends, such as common component failures. “Participating companies have 24 hour access to the data, and whatever changes they make based on what’s in the database are going to benefit the industry,” Mr Blank commented.

For Phase Two, the JIP’s Oversight Committee will be inviting new members to join and to contribute more data into the database. “In addition to our original 20 members, we have invited 30 more operators and 20 drilling contractor companies to join Phase Two” Mr Siegmund said. “Despite the industry downturn, we are encouraged by the number of additional drilling contractors and operators that have already expressed interest in joining.”

The JIP also plans to collect more information on surface BOPs, after focusing on subsea BOPs in phase one. “The surface BOPs will add value to our colleagues that are land-based – both operators and contractors” Mr Blank said.

Another goal in the upcoming phase is to focus more on applying the data collected to help members spot common defects or problematic components regardless of their function in the system.

“Examining the failures from a large population of components provides a strong case for calculating a component failure rate, which could lead to design improvements and better maintenance and testing practices,” Mr Siegmund said.  “This knowledge of an estimated component failure rate could ultimately lead to an overall improvement in BOP system availability.

Given the global reach of the JIP members, the shared knowledge also helps indicate how widespread a specific component failure or problem might be. “If it’s a systemic event, or something that’s happening in a number of different regions, we can now obtain an early awareness of the issue whereas we wouldn’t have had that visibility in the past,” he said.

The increased visibility into BOP defect and failure events provided by the database has already led to informal collaboration among participating companies. For example, once the database revealed that hydraulic fluid leaks to hoses, tubing and fittings ranked high amongst all BOP defects.  IOGP provided funding to JIP members to analyze these component failures. This ultimately led to the development of an informal set of guidelines on the prevention of subsea BOP control tubing, hoses and fittings failures, which has already resulted in a significant decrease in the number of hydraulic leaks. According to Mr Siegmund, there was a 200% improvement the following period in the number of unscheduled subsea BOP retrievals made to perform corrective maintenance on those specific components.  The group is now seeking to formalize the guidelines through IOGP, where it is being reviewed by the Wells Expert Committee. A final version of the document is expected in Q4 2016.

Although this particular collaboration was informal with funding support from IOGP, it demonstrated the willingness of the JIP members to contribute to the work regardless of their allegiance to IOGP, IADC or both. The Oversight Committee is now exploring ways to formalize such collaboration in Phase Two of the JIP. One possible approach is to conduct technical workshops where JIP members could jointly review their BOP data and the lessons learned from the defects and failures reported.

Looking to the future, IADC anticipates that the JIP will help to refine the design and performance of BOP components, leading to enhanced safety, a reduction in NPT and, therefore, costs. IADC VP Offshore Division Steve Kropla emphasized that the goal is all about improving overall safety and reliability for the industry. “It might also influence certain regulations regarding BOP testing should the data show that existing requirements may be counterproductive,” he said. DC

For more information about the JIP, please contact Mr. Kropla at steve.kropla@iadc.org or Chris Hawkes of IOGP at ch@iogp.org. 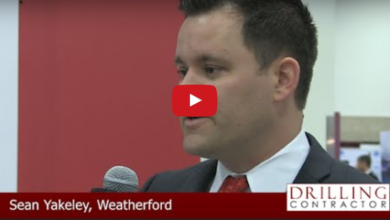 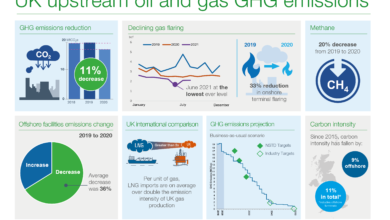