Energy security is essential for social, economic and climate progress, and the responsibility of the energy industry in maintaining energy security has never been clearer, according to Sultan Ahmed Al Jaber, UAE Minister of Industry and Advanced Technology and Managing Director and Group CEO of Abu Dhabi National Oil Company (ADNOC).

Speaking at the Energy Intelligence Forum in London in early October, he said market sentiment does not reflect the real underlying fundamentals, tight spare capacity and long-term demand growth. Therefore, policies aimed at pulling the plug on the current energy system, before we have built the new one, are misguided. He added that, for economic progress to be maintained, substantial investment is required in hydrocarbons, the energy source the world will rely on well into the future.

“We have seen that all progress starts and ends with energy security. And, as the world’s energy leaders, our responsibility in maintaining that energy security has never been more evident,” he said. “Yes, we must all commit to mitigating the impact of global energy supplies, but let’s keep our focus on capturing carbon, not canceling production.”

Dr Al Jaber went on to explain that partnership with the energy sector is critical to the energy transition as it represents the most complex and capital-intensive project in human history. No one has more experience in delivering these kinds of projects than the energy industry, he added.

New analysis from API and the International Association of Oil and Gas Producers highlights the potential for US LNG to strengthen Europe’s energy security. The study shows that abundant and affordable natural gas will make it possible to substitute Russian imports before 2030. Findings include:

Growth in European LNG demand will be more than double the 50 billion cu m/day specified in the March agreement between the US and the EU. While US LNG is already flowing to Europe at record levels, significantly more will be required to fully rebalance European gas markets.

Long-term LNG purchases and infrastructure contracts are crucial to ensuring a stable supply of energy and should be supported by an appropriate European legal framework.

DNV outlook report: Europe likely to double down on renewables amid energy crisis

The rising cost of energy is reinforcing the difference in decarbonization speed between Europe and the rest of the world, according to DNV’s new Energy Transition Outlook. Europe will double down on renewables and energy efficiency to increase its energy independence. Additionally, Europe’s gas consumption will fall dramatically as a result of the war in Ukraine.

In lower-income countries, however, cost remains the main driver of energy policy. In those regions, high energy and food prices are reversing the coal-to-gas switch and putting a dampener on decarbonization investments. For example, the share of gas in India’s energy mix will fall from 11% to 7% in the next five years, while the share of coal will increase.

However, the impact of the current crisis on the overall energy transition is outweighed by the plunging costs of renewables and increased carbon costs in the longer term. The short-term increase of coal consumption will not prevent it from rapidly exiting the energy mix, with its peak in 2014.

The study, commissioned by Offshore Energies UK (OEUK), aimed to discover what young people today want out of their future careers. It found that 29% are seeking a job that has a positive impact on society and 21% want to positively impact the environment.

When looking at how they view the oil and gas sector, the most popular opinion (31%) was that the industry is better than it used to be in terms of addressing climate issues. Over a fifth (22%) acknowledged that we still need oil and gas and believed the industry has a role to play in developing lower-carbon technologies.

The survey also showed that when considering next steps, the events of the last few years have influenced their career interests. Over a quarter (28%) said the cost-of-living crisis has caused them to rethink their future careers. A total of 15% said the pandemic has caused them to change course, and 13% said the climate crisis has had an impact on what they want to do with their professional lives. 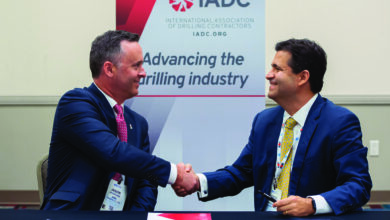 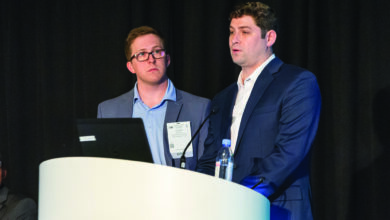