At the age of four, Glenda Wylie, now director of global technical marketing for Halliburton, was given three acres of land by her family on their farm in Missouri to do with as she pleased. “I got to decide how to fertilize, what seed to plant and how to make it profitable,” she said. “This was my parents’ way of introducing me to math and science and the financial part of making a business at a very young age.” From farming then to oil and gas today, what hasn’t changed is that Ms Wylie continues to foster an independent, hardworking spirit with continuous improvement and innovation.

Ms Wylie is a self-proclaimed “square peg in a round hole.” Growing up in Missouri, she wasn’t familiar with the oil and gas industry, but she recalls falling in love with science and the outdoors early on. Ms Wylie graduated high school near the top of her class and recognized that a career in science awaited her beyond the farm. “The only thing my town knew was that diesel was poured into the tractors to make them go,” she said. “I got into the oil and gas industry through my own research and persistence.”

Ms Wylie earned a degree in chemistry from Kentucky’s Murray State University in 1975 and soon went to work in a Houston laboratory for ARCO. Almost instantly, however, she realized she didn’t want to spend her career confined to a lab with limited ability to make decisions.

Determined to pursue a job that would give her greater opportunities in decision-making, Ms Wylie earned her second degree in 1979 – in chemical engineering from Texas A&M. Her hard work paid off, and a new position within ARCO sent her to Alaska this time around. “Whenever I hit Alaska, that was like a gold mine for me. There were a couple of mentors up there that took me through every phase of the oil and gas business very quickly and I will always be deeply indebted to them,” she said.

While up north, Ms Wylie was involved with more than 8 exploration, initial field startups, and secondary recovery projects of various varieties that included unconsolidated sandstone, carbonate, heavy oil, offshore hard rock, and multilayered sandstone reservoirs. . She also managed the US$150 million West Sak pilot project from start to finish. During her time in Alaska, Ms Wylie additionally earned a Master’s degree in engineering management from the University of Alaska in 1992.

In 1995, Ms Wylie shifted gears when she went to work for Halliburton as a production engineer, a position well supported by her years spent on the operator side of the business. “I had operator experience and understood the challenges that operators have to deal with. When I came to the service company, it was to help solve those operator challenges in a more efficient way.”

As Halliburton’s director of global technical marketing since 2007, Ms Wylie collaborates with customers worldwide across the company’s spectrum of technologies to pinpoint effective and efficient solutions.  “I collaborate with customers on their specific challenges in order to solve them. Sometimes this entails taking customers to the field operations to see the rigs or hydraulic fracturing units,” she said. Halliburton developed the position specifically for Ms Wylie to deliver high value solutions  across unconventional, deepwater, mature and technically challenged global basins.

For over a decade, Ms Wylie has also been a member of the Drilling Engineering Association (DEA) advisory board. “The DEA is the only organization in the industry by which oil companies, new start-up companies, universities, government and service companies can work together in joint industry projects,” she said. The advisory board presents ideas to the industry for potential collaboration and development. “It is an excellent place to see if the new technology ideas fulfill a challenge multiple operators might have or if it’s a technology that fits into a small niche,” she said.

As someone with extensive experience in both offshore and onshore projects and a job that looks at technology regardless of where it might have originated, Ms Wylie believes that the land and offshore sectors of the industry need to work better at supporting one another. “Some of the technologies that are being used offshore need to be onshore, and some of the new unconventional technology that we’re using now needs to go offshore,” she said. “The reservoirs are changing offshore where before it was a very unconsolidated sand formation. They’re becoming harder as we go deeper.” Ms Wylie added that  unconventional land based operations in some areas need seawater based technology to support hydraulic fracturing operations. “This technology has been used in deepwater for many years,” she said. “The industry should understand that the technologies are available, but it needs to be communicated and packaged differently.”

Further, both offshore and onshore need to dramatically improve the pace of data analyses, Ms Wylie said  “While we are sometimes excellent at collecting the data, sometimes the data analyses do not get passed through the entire well construction and completion process where it can make significant contribution to the production of the well or improving the drilling operations,” she said. “Integration and automation across the basin life cycle will address this shortfall, but it will require every aspect of the industry to work on this  individually and collaboratively to insure the highest net value is delivered out of the basin.”

Coming full circle, Ms Wylie once more lives on over 50 acres of land, this time in Hempstead, Texas, with a daily 70-mile commute to work in Houston. She approaches life, both in the work environment and at home, in the same way. “I am driven by improving profitability and sustainability,” she said, “whether that’s developing a new area for recovering hydrocarbons, improving recovery of an older field, no matter where it might be in the world, or in my personal life of raising cattle and growing rice.” 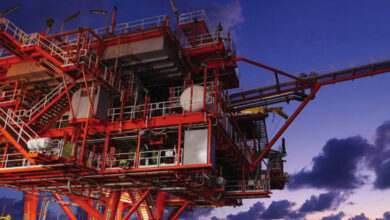