The US Department of Energy (DOE) recently announced a goal to make enhanced geothermal systems (EGS) a widespread renewable energy option in the US, with aims to cut its cost by 90% to $45 per megawatt hour by 2035. It’s estimated that the US has more than 5 terawatts of heat resources – enough to meet the world’s electricity needs. Geothermal energy currently generates about 3.7 GW of electricity in the US.

Recent DOE investments include $44 million to help spur EGS innovations for DOE’s Frontier Observatory for Geothermal Energy Research field laboratory and up to $165 million to transfer best practices from oil and gas to advance both EGS and conventional geothermal. The Bipartisan Infrastructure Law also supports work to advance EGS with $84 million in funding to support four pilot EGS demonstration projects that will provide valuable information about EGS in different geographies and geologies.

The DOE also recognizes that the geothermal industry and workforce are similar to oil and gas, presenting an opportunity to transition skilled workers as well as existing equipment.

The Enhanced Geothermal Shot is the fourth Shot in the Energy Earthshots Initiative, which support the US goal of achieving net-zero carbon emissions by 2050. Previously announced Energy Earthshots focus on hydrogen, carbon negative solutions and long-term energy storage.

It describes two scenarios that highlight the challenges the world needs to overcome in order move from the slow, incremental changes that characterize the energy transition today (Walls scenario), to the radical changes needed to align with the 1.5°C ambition of the Paris Agreement (Bridges scenario).

In the Walls scenario, gas demand will continue to grow before peaking in 2041. By 2050, it will be approximately 10% higher than today’s level. Demand for fossil fuels will peak in 2026, followed by a “gentle” downward trajectory.

In the Bridges scenario, gas demand will peak in 2025 and fall to around a quarter of today’s level by 2050. Demand for fossil fuels will also decline rapidly after 2025. By 2050, all remaining fossil fuel use will be either fully abated or compensated by carbon removal.

The latest Emissions Monitoring Report from the North Sea Transition Authority (NSTA) shows that the North Sea oil and gas industry cut its greenhouse gas emissions by an estimated 14.6% to 14.3 million tonnes of CO2e last year. This adds up to an overall reduction of 21.5% since 2018.

The large number of platform maintenance shutdowns, timed to coincide with temporary pipeline closures, contributed to a substantial fall in production and associated emissions last year.

Encouragingly, NSTA projections indicate the sector is on track to meet interim emissions reduction targets of 10% by 2025 and 25% by 2027 – which were agreed in the North Sea Transition Deal between the sector and UK government in 2021.

However, bold measures, such as upgrading platforms to run on alternative fuels instead of gas or diesel, will be needed to hit the 2030 goal of halving emissions, according to the NSTA.

In 2021, the NSTA started requiring licensees to implement emissions reduction plans for new and existing projects and introduced guidance to reduce flaring and venting.

Unlike conventional geothermal projects, which use traditional steam turbines requiring high temperatures often found in concentrated locations limited by geological characteristics, ACL can potentially enable access to geothermal resources at a wider range of temperatures and geologies through the application of alternative technology above and below the surface. 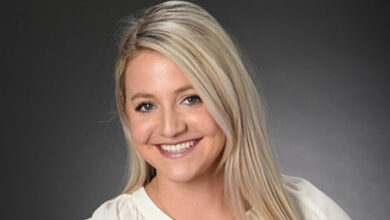 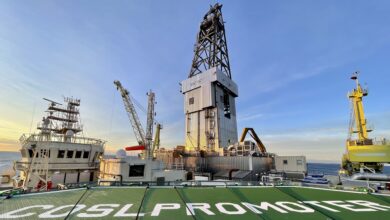 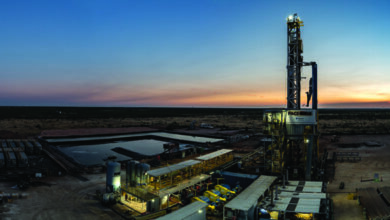