The Utica Shale well had a lateral length of 18,544 ft and was completed with 124 frac stages in 24 days. All 124 stages were completed without any nonproductive time. The total depth of the well was 27,046 ft, including the lateral extension, according to Halliburton. Eclipse believes it is the longest horizontal onshore lateral ever drilled in the United States.

The fracturing operations performed by Halliburton utilized the company’s Q10 pumps equipped with dual-fuel technology, which performed with zero down time. In addition, SandCastle PS-2500 units equipped with Halliburton’s Dust Control systems provided sand loading logistics while reducing the environmental footprint on site. The efficiencies achieved with this equipment allowed Eclipse to improve its daily completion rate by 20% over the original plan.

Tony Angelle, Area VP for Halliburton, said, “The Halliburton and Eclipse team worked incredibly efficiently on this well, setting 124 of our Obsidian Frac plugs, averaging 5.3 frac stages per day and achieving a North America land record of 26,641 ft in plug set depth. We are proud this accomplishment was made using our complete Frac of the Future fleet, including dual-fuel pumps that reduced fuel consumption by 40%.”

“In the current low commodity environment, operators like Eclipse are targeting their core acreage and remain focused on optimizing development with longer laterals and shorter spacing,” said Nick Pottmeyer, VP of Completions Technology, North America for Nine. “Longer laterals are proving to be a more effective way to develop acreage. Increased well costs to drill further can be justified by the improved production ranges and return on revenue.”

Lord Corp’s Stellar Technology subsea wellbore pressure/temperature transducers have passed initial interface testing at an interoperability event, demonstrating compliance with the new SIIS requirements. Subsea control module (SCM) manufacturers that participated in the event were Aker Solutions, FMC, GE, OneSubsea and Proserv. Having passed each interoperability test, Lord’s wellbore sensing technology was validated to interface with these SCM manufacturers. SIIS, a joint industry project designed to achieve improvements in subsea reliability, is the new subsea instrumentation interface standard. It will soon be required by all SCMs, as well as oil and gas exploration and production companies. The aim is to standardize the interface between subsea sensors and the subsea control system.

Testing of oil samples for SARA gets automated

Schlumberger has launched the Maze microfluidic SARA analysis for reservoir fluids characterization. This is the first commercial application of microfluidic analysis technology in the oil and gas industry. Maze fully automates the process for testing oil samples for saturates, aromatics, resins and asphaltenes (SARA), coupling microfluidic technology with spectroscopy. This method eliminates human subjectivity while decreasing turnaround time and use of chemicals by more than 85%.

“Conventional SARA analysis requires extensive time and laboratory resources, and reproducibility has been a constant challenge,” said Amir Nessim, President, Testing Services, Schlumberger. “We are now able to provide our customers a sustainable method for SARA analysis that is highly accurate and efficient.”

In casing operations for today’s horizontal wells, threaded and coupled casing joints may come loose, leak or even crack while running or rotating downhole. “Historically, holes were vertical, so these issues weren’t predominant,” said Wes Johnson, President and CEO of Rotary Drilling Tools USA (RDT). “Now that most holes are deviated and contain long laterals, the average casing string is put under a tremendous amount of force as it is bent and rotated inside the bore. Now you need to have a string of casing that can reliably withstand these loads.”

While casing strings have adapted to modern wells, couplings remain a consistent point of failure, he said. To address this issue, RDT has developed a patent-pending casing design that forges the coupling dimensions directly into the pipe end, called upset casing. This eliminates the need for independently manufactured and bucked-on couplings.

To create the upset casing, which was commercialized in November 2015, RDT applied concepts from drill pipe, which connects pipe via forged tool joints in a similar manner. “What we’re doing is forging and reshaping the end of the casing in a highly controlled process at temperatures in excess of 1,950˚F,” Mr Johnson said. When the coupling dimensions are forged into the casing, a box end is created directly onto the pipe end with space for re-threads, which allows the pin end of a separate casing to directly connect, joining the two casings without the need for a coupling. Through independent lab testing, the upset casing connections have been proven to maintain durability at 25,000 ft-lb of torque on 4 ½-in. 13.5-lb/ft.

The upset casing is designed to create fewer leak paths between connections, as well as to increase torque limits and durability in the event casing must be rotated to reach bottom. In highly deviated wells, casing crews commonly rotate casing to the bottom – a point where couplings often fail due to loosening, weak or dissimilar material durability. “Many of today’s holes typically have high doglegs. They are deeper, and they go through more geological formations. In some instances when casing is stuck and cannot be moved or rotated, operators are not able to complete the planned wellbore footage.”

RDT designed the upset casing’s forged box with an 18˚ shoulder, enabling the casing to be run with a standard drill pipe elevator instead of a casing elevator. Standard couplings are typically designed with a 90˚ shoulder that necessitates slip-type elevators. “We have simplified the casing down to a point where it is the same as running drill pipe,” said Darren Mourre, RDT Vice President of Sales, Marketing and Technology. “It’s simple to the point that a standard rig crew can run it.” The upset casing was also developed to connect interchangeably with standard API coupled casing.

In Q4 2015, Brigham Resources first used the casing in an unconventional well in the Permian Basin. The operator followed that initial well with three additional wells in Q1 this year. “They wanted to improve reliability by using the same material for the coupling connection as the casing, which helps avoid cracking of the coupling,” Mr Mourre said. “They also wanted to be able to rotate casing, if required, without the possibility of having connection back-off downhole. They wanted a straightforward, high-torque and API-interchangeable connection with a torque shoulder to be compatible with their service providers’ tools. They were able to use a consistent material with the upset casing, versus using a separate coupling made of a different type of metal, with a different strength.” The company used the 4 ½-in. 13.5-lb/ft upset casing to reach measured depths of approximately 16,500 ft in each well, where lateral sections ran for approximately 7,000 ft. Each well kicked off at about 9,500 ft, with 90˚ turns.

“Due to the higher torque connections of 9,500 ft-lb to 10,000 ft-lb in this application, and the 18˚ taper on the upset, the casing slides past the ledges in the geological formations without need to rotate to bottom,” Mr Mourre said. The upset casing helped the operator reach measured depth 12% faster on average than previous Permian wells drilled using conventional couplings, he said. With the upset casing, Brigham Resources was able to finish running casing in seven hours versus an average eight hours with conventional couplings, according to RDT.

RDT’s upset casing, which is patent pending, is currently built in a number of casing sizes and weights with API interchangeable and metal-to-metal seal connections. The upset casing requires a comparable amount of cement to standard casing, according to RDT. 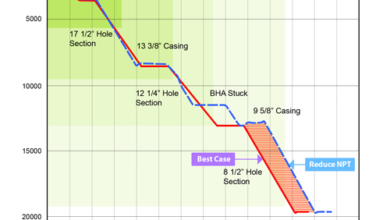 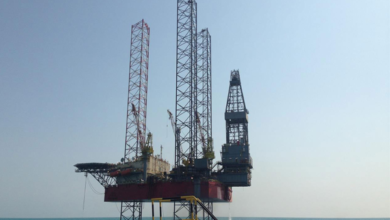 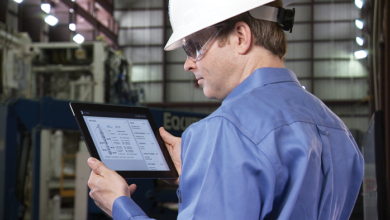 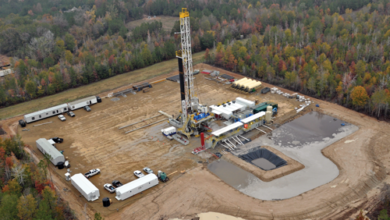