Statoil to farm into exploration licenses in Turkey

Statoil will have a 50% interest in the Banarli licences, while the operator Valeura Energy, a Canadian exploration company, will keep the remaining 50%. The shallow formations above 2,500 m will be 100% retained by Valeura.

The first phase of the work program includes the commitment of drilling one exploration well, with spudding planned for  late 2016 or early 2017.

The agreement is pending governmental approval, which is expected by the end of September 2016.

BP ramps up production from Nooros in Egypt’s nile delta

BP has confirmed a production ramp-up from the Nidoco North 1X exploration well and the Nidoco North West 4 development well in the Nooros field, located in the Abu Madi West concession in the Nile Delta, Egypt.

BP holds a 25% stake in the concession of Abu Madi West, and Eni, through its subsidiary IEOC, holds 75%. The field is operated by Petrobel, a joint venture between IEOC and the state partner, Egyptian General Petroleum Corp.

Discovered in July 2015, the field is producing approximately 305 million standard cu ft of gas, 3,000 bbl of condensates and 1,500 bbl of NGL per day from four wells. This has been achieved after facility de-bottlenecking and enhancing existing production facilities.

The Nidoco W-2 exploration well was expected to spud in May and will test a western segment of the field. Another exploration well, the BSW-1 (Barakish), was spudded by Petrobel in April to test an analogous but separate reservoir north of Noroos. BP holds a 50% stake in the Baltim South Development Lease, where the BSW-1 well is being drilled.

Cobalt International Energy has completed additional sidetrack appraisal drilling operations at North Platte in the deepwater Gulf of Mexico. The sidetrack appraisal well encountered approximately 500 ft of net oil pay. The fluid, core and pressure samples taken indicate that the rock and reservoir properties are the best that Cobalt has encountered in the Inboard Lower Tertiary trend with respect to porosity and permeability.

Kosmos Energy announced that its Teranga-1 exploration well offshore Senegal has made a significant gas discovery.

Located in the Cayar Offshore Profond block approximately 65 km northwest of Dakar in nearly 1,800 m of water, the Teranga-1 well was drilled to a total depth of 4,485 m. The well encountered 31 m (102 ft) of net gas pay in good-quality reservoir in the Lower Cenomanian objective. Well results confirm that a prolific inboard gas fairway extends approximately 200 km from the Marsouin-1 well in Mauritania through the Greater Tortue area on the maritime boundary to the Teranga-1 well in Senegal. Kosmos has discovered a gross P mean resource of approximately 25 trillion cu ft and estimates the fairway could hold more than 50 trillion cu ft of resource potential.

Noble Energy has received approval from the Petroleum Commissioner in the Ministry of National Infrastructure, Energy and Water Resources for the development of the Leviathan project offshore Israel. The approved Plan of Development contemplates a subsea system that connects production wells to a fixed platform located offshore with tie-in onshore in the northern part of Israel. The fixed platform’s initial capacity is anticipated to start at 1.2 billion cu ft of natural gas per day and is expandable to 2.1 billion cu ft/day.

The company also announced the execution of a gas sales and purchase agreement to supply natural gas from the Leviathan field to IPM Beer Tuvia.  Noble Energy and the Leviathan partners will supply a gross quantity of up to 473 billion cu ft of natural gas to a newbuild independent power facility over an 18-year term, or up to 72 million cu ft/day. 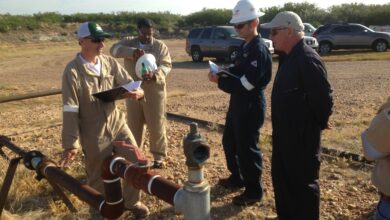 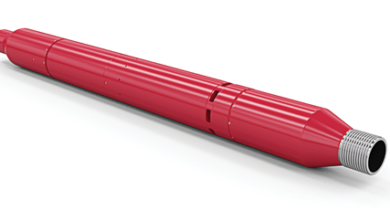 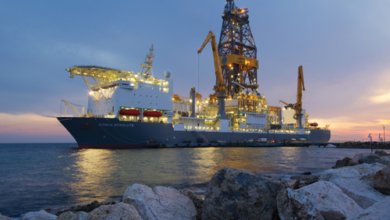 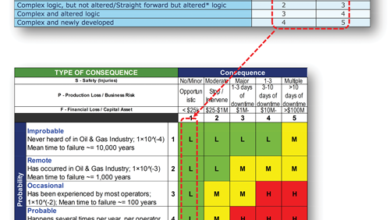