Creating multiple clusters per frac stage using the plug-and-perf method has been a common completion method for many years. However, this method can leave something to be desired when it comes to efficient treatment of each cluster, Amit Singh, Well Stimulation Specialist at Chevron, said in a presentation at the 2017 SPE Hydraulic Fracturing Technology Conference on 25 January in The Woodlands, Texas. To close this efficiency gap, operators sometimes turn to perforating and treating a single cluster in each stage using coiled tubing with sand jets. This method, however, presents its own challenges, such as stuck tubing.

Chevron recently deployed both completion methods in the Antelope Shale in the Monterrey formation near Bakersfield, Calif. This allowed the company to compare the efficiency, cost and production associated with each method, as well as gain a better understanding of each technique’s risks and benefits, Mr Singh said. “We were also looking at how we can successfully complete wells in this formation, as wells as analyzing the formation to identify our future development plan.”

The operator completed two wells in the Quartz and Opal City formations in the Antelope Shale using the plug-and-perf method. Two other wells were drilled using the single-cluster completion method, using a packer run on coiled tubing to provide zonal isolation and sand jets for perforation. When the plug-and-perf method was used, the wireline became obstructed in the wellbore, due to rusted wireline. In addition, the perforation guns misfired in two stages. The hydraulic fracturing treatment went smoothly. However, under-displacement of the sand slurry caused the frac plug setting tool to get stuck. “We experienced all kinds of challenges in this operation, which helped us understand some of the risks we are facing in these wells,” Mr Singh said.

In the wells with a single cluster per stage, the operator initially experienced a problem with the sand jets, which were not efficiently cutting the perforations. “After we identified some of those challenges and modified the sand jet perforation designs, we were able to fix that problem,” Mr Singh said. Later on, during a pressure test, the coiled tubing parted on the reel, which led to downtime while the reel was repaired. An additional challenge Chevron encountered in these wells was inefficient sand cleanout, which caused packer tool erosion.

Chevron compared the two completion methods based on operational efficiency, economic efficiency and production performance. Although the operator encountered challenges using both methods, it was concluded that the plug-and-perf method proved to be 6% more efficient than the single cluster method from an operational efficiency standpoint, Mr Singh said. This method also proved to be more cost efficient, he added. “Looking at the average cost per completed well, the plug-and-perf is cheaper than the single cluster option.” However, the initial production rates were much higher in wells completed with the single-cluster method than in wells completed with plug-and-perf. Although the plug-and-perf wells did eventually catch up to the single-cluster wells and experienced slower production declines over a 270-day period, the single-cluster wells ultimately proved to be 10% more productive, Mr Singh said.

In the end, both completion methods had their benefits and drawbacks. “There is not a clear winner here,” Mr Singh said. “We experienced advantages and risks with each. Both methods provided us with good information that we can use for future development.” 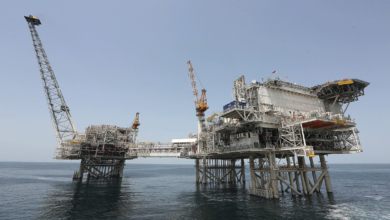