API is in the process of crafting standards for integrity management in floating structures. The standards will encompass the integrity management of risers, mooring and floating systems. “We developed these in a coordinated fashion because there’s a lot of interconnect between them,” Sathish Balasubramanian, Engineering Manager at ExxonMobil, said at a BSEE International Standards Workshop in Houston on 5 May. Mr Balasubramanian is working with API’s SC2 Committee on Offshore Structures to draft the standards.

During the standards development process, API has been seeking input from different stakeholders, including operators, contractors and equipment and service providers on the inspection, appraisal and maintenance of risers, mooring and floating systems. “We all have the same objective of meeting integrity management standards, but often the conversation between these groups is lacking,” Mr Balasubramanian said. In addition to seeking stakeholder input, API has leveraged existing standards and work done by JIPs in creating the new set of standards.

During the drafting process, one of the committee’s primary goals has been to develop standards that take into account the interface between the riser, mooring and floating systems. “When we wrote these documents, we tried to keep those interfaces in mind while honoring the specific requirements of each of these areas between risers, moorings and floating systems,” Mr Balasubramanian said. He emphasized that the standards are meant to serve as a fitness for service document, rather than guide the design of any of these systems.

API began working on these standards in June 2016, with a kick-off session that was attended by 120 people. Mr Balasubramanian said he expects the standards to be ready for the balloting process in the coming weeks. Finalized standards are expected by the end of this year. 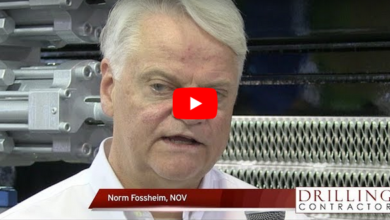