When someone graduates with a DPhil (PhD) from the University of Oxford, a typical career choice might be to go into academia, or perhaps a research institute. But Tom Burke is not a typical guy making typical career choices. Instead of following such traditional paths, he decided to go offshore and work on drilling rigs. He didn’t have family in the business, and the year was 1994 – a difficult time in the drilling industry.

Yet, he followed his gut instinct, driven by a craving for adventure and opportunities to travel the world. “Nothing in my previous experience had anything to do with the oilfield. But it was fascinating to me,” Dr Burke recalled of his early years as a wireline engineer for Schlumberger.

The transition was considerable, going from robotics projects in an academic setting to big iron and loads of hands-on work in places like Holland, Indonesia and northern China. However, armed with a good foundation and skill set acquired with his Oxford PhD in engineering and his Bachelor’s degree from Heriot-Watt University, along with practical skills learned as an officer in the British Army, his time in the field proved to be a valuable learning experience. It also cemented Dr Burke’s love of the oil and gas industry, setting him on a career path that ultimately led to his current position as President and CEO of Rowan Companies.

By the early 2000s, Dr Burke had served in several different roles for Schlumberger, including operations, product development and investor relations. He knew he wanted to stay in this business, but realized that he had more learning to do in order to grow his career. “I knew all about the technology, but I didn’t know much about business leadership, strategy setting, finance or the capital markets. I decided that if I wanted to be in this business and be a business leader, I had better broaden my experience,” he said.

So he went back to school and earned an MBA from Harvard. It was another difficult year when he graduated – 2002 – but fortunately he was able to land energy-related jobs, first with McKinsey & Company and then a year later again with Schlumberger. “At Schlumberger, I had an opportunity to work quite closely with several of the then-executive management team, including Satish Pai and Andrew Gould. Their guidance and knowledge sharing was instrumental in my learning curve.  I spent part of a year running a strategy process for the world’s biggest oilfield service company. It was very exciting,” Dr Burke recalled.

By 2004, at the cusp of the North American shale revolution, he was running corporate development at Complete Production Services, which provided multiple services, such as pressure pumping and well servicing. “It was a really interesting time. The oilfield had been through all these bad times, and shale gas was coming up, and we were right at the front of it.”

From 2006 to 2009, Dr Burke served as President of a division of Complete Production Services, working out of Gainesville, Texas. “It was a complicated division to run, with 11 different business lines and 3,000 employees. But it was a great job for me – a real career break.”

Three years later, he moved on to what turned out to be an equally challenging role – President and CEO of LeTourneau Technologies, then a subsidiary of Rowan Companies. “It was really tough because the company was recovering from the credit crunch. But it was also fun and interesting, and I was able to dive deeply into all of LeTourneau’s divisions, including manufacturing of drilling and mining equipment and jackup rig construction,” he said.

As part of Rowan’s strategic plan, it eventually sold LeTourneau, and Dr Burke became Rowan’s Chief Operating Officer in 2011. At the time, the company had already undertaken some major strategic moves under the previous leadership of Danny McNease and then Matt Ralls. Rowan divested all non-core businesses, such as helicopters, boats, land drilling and manufacturing, and had expanded geographically far beyond its roots in the US Gulf of Mexico.

Rowan took another significant step at that time, with a decision to expand into the ultra-deepwater sector with the construction of four state-of-the-art drillships. “All four of our drillships came out of the shipyard on time, under budget and with long-term contracts at attractive dayrates.

“Entry into deepwater was a very good move for Rowan – the world was changing, and more regulation was coming post-Macondo,” Dr Burke continued. “This new line of business increased our sense of urgency with regard to our policies and procedures, training and competency programs, and drilling performance initiatives, which also benefited our jackup operations.”

“We need to encourage drillers and operators to continue to participate in IADC. That’s a key goal of mine.” – Tom Burke, 2016 IADC Chairman

Dr Burke cited the implementation of a companywide management system and Rowan’s entry into Norway as other major components of the ongoing transformation. Potential geographical expansion is also on the agenda, he said, particularly into major markets like Brazil, Mexico and West Africa.

The current market slump may slow things down for a bit with respect to the number of rigs working, but Dr Burke said he is using it as an opportunity to speed up continuous improvement initiatives and potentially acquire high-spec assets at attractive prices so that Rowan will come out of the downturn in an even better position. “I do think the speed and depth of this downturn caught everybody by surprise. At Rowan, we’re fortunate that we have a good fleet and strong balance sheet,” he said. “Our financial flexibility means we’re able to focus on delivering value to the operators…. We have a good reputation for drilling difficult and demanding high-pressure, high-temperature wells. We’re going to continue to focus on this key market.”

As Dr Burke steps into his role as 2016 Chairman of IADC, he’s leading an industry that is being squeezed from both the demand and supply sides of the equation. “The demand issue will improve when commodity prices improve. I believe the longer customers wait to drill, the sharper the upturn will be,” Dr Burke said. “But the supply issue will only go away as excess assets leave the market. So, in some respects, today’s weak market will likely purge older, less productive assets sooner.”

Perhaps of greater concern than either the supply or demand challenge are issues related to the industry’s workforce. “We have an aging workforce in a business that is in a trough right now, which means that companies are less apt to reinvest in their future workforce,” he noted. “Companies are thinking about survival. No one can accurately predict how long the downturn will last. It could last to 2018, or it could last to 2020. It’s very hard to say. A major concern for the IADC is that there will be an underinvestment in people, leaving companies scrambling for needed but unavailable offshore talent when the market improves.”

For IADC specifically, he cites industry participation as a critical challenge. Despite the market slowdown, member engagement must be sustained on all fronts, from government and regulatory affairs to public outreach to sharing of best practices on safety and technology. “People tend to become a little insular during tough times, but there’s still a lot going on externally. We need to encourage drillers and operators to continue to participate in IADC. That’s a key goal of mine,” he said.

Dr Burke said he also will be pushing for continuing engagement with regulators around the world. “There is a lot of proposed regulation under way, and regulators are thinking about the world differently. The IADC needs to be a valuable industry resource to the regulators to ensure future regulations have the intended consequences of improved safety and environmental protection, and avoid unintended consequences that could disrupt operations in this already difficult market.” DC 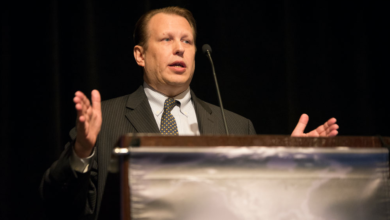 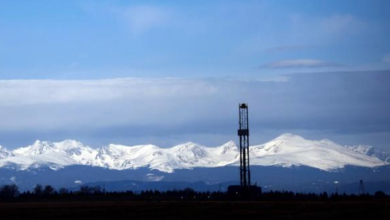 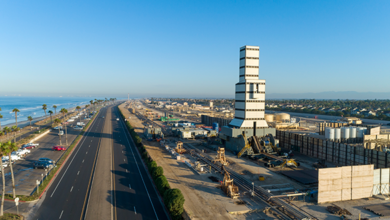 Drilling industry must do more to publicize environmental stewardship, position itself as part of the solution