Mr Williams attended Texas A&M University, where he earned a bachelor of business administration degree in marketing. In 2009, he was named an outstanding alumni by the Mays Business School at A&M for his career achievements and service to the school.

Mr Williams served as IADC vice chairman in 2012. He also serves as a board member of API, where he chairs the General Membership Committee and sits on the Executive Committee. He also serves on the Board of Spindletop International and is a member of the National Petroleum Council, SPE and the American Bureau of Shipping.

Jay Minmier, president of Nomac Drilling, has more than 25 years of experience in the drilling industry, including positions with Helmerich & Payne and Grey Wolf Drilling Co. He also previously served as vice president and general manager for Precision Drilling.

Scott McReaken joined Seadrill in July 2012 as director of finance for the Americas region.

Before joining Seadrill, he was the director, financial planning and analysis at Vantage Drilling from March 2010 to July 2012. He also held various management positions in accounting at Pride International in their Houston and Angola locations from 2005 to 2010.

Prior to working in the contract drilling industry, Mr McReaken spent five years as an internal auditor at the accounting firm Arthur Andersen.

Mr McReaken holds a bachelor of business administration degree in accounting from the University of Texas at Austin and is a Certified Public Accountant and Certified Internal Auditor.

As COO at Rowan Companies, Thomas Burke is responsible for all of the company’s drilling operations, as well as sales and marketing. Mr Burke joined Rowan in December 2009 as president and CEO of LeTourneau, a manufacturing subsidiary that Rowan divested in 2011. Prior to that, Mr Burke held senior positions at several oilfield companies, including Complete Production Services and Schlumberger.

Mr Burke received a PhD in engineering from the University of Oxford, a BA of engineering with honors from Heriot-Watt University in Scotland and an MBA from Harvard Business School.

Ron Tyson, president of Cactus Drilling, joined the company in January 2000 as vice president of operations and was named president in 2011. He previously worked at Bayard Drilling Technologies, which he joinedin 1997 as engineering manager. Prior to that, Mr Tyson worked as roughneck, driller, drilling engineer and project engineer at Helmerich & Payne  since January 1992.

He graduated in 1991 from the University of Missouri – Rolla after receiving a bachelor of science degree in geological engineering.

David Reid is the senior vice president of global accounts and chief sales officer at National Oilwell Varco (NOV) and is responsible for leading the NOV sales and marketing organizations toward strategic growth. He is charged with developing the market and strategic engine of NOV to offer their customers a most valued position in their relative markets.

Mr Reid joined Varco International more than 20 years ago. He began in the service end of the business and has lived in Scotland, California and Houston while working worldwide in a number of roles covering business development, product development, leadership and management.

He has provided key contributions to the development of today’s top drives, pipe-handling equipment, iron roughnecks, blowout preventers, integrated drilling systems and automation. He has led the introduction of modern drilling system design in offshore drilling rigs and has had an active role in the industry as a voice in addressing change in design, as well as business models.

Mr Reid serves on the NOV and Schlumberger IntelliServ Joint Venture Board. He also serves as the chairman of the IADC Advanced Rig Technology Committee and is a founding member of the SPE Drilling Systems Automation Technical Section.

Stephen Colville, president & CEO of IADC, has more than 30 years of experience in corporate public affairs and government relations, with extensive on-the-ground experience in North and South America, Europe, South Africa, the Middle East, Eurasia and Asia Pacific. He joined IADC in 2012.

His background includes seven years as an industry advocate, working in London and Brussels since 1990 to implement public and government-affairs campaigns. Mr Colville began his career in the UK Department of Trade and Industry in 1979.

Brian Petty is IADC’s executive vice president for government and regulatory affairs, based in Washington, DC, where he directs the drilling and oilfield service industry’s global government affairs program. He formerly served as the State of Texas Energy Counsel in Washington and was an officer with the international investment banking firm of Warburg Paribas Becker, heading its Houston office. This followed his association with the law firm of Mudge Rose Guthrie & Alexander in New York.

Mr Petty earned his BA degree at Spring Hill College, his MA at the University of Virginia and his JD at Georgetown University. He serves as chairman of the federal Industry Trade Advisory Committee on Automotive Equipment and Capital Goods (ITAC 2), which counsels the US Trade Representative and the US Secretary of Commerce on international trade issues. He also serves as chairman of the Investment Working Group, designated to advise them on international investment policy. In addition, he serves as IADC’s representative on the EU Committee of the London-based International Association of Oil and Gas Producers.

He also co-chairs the Energy Services Coalition, made up of 60 companies and trade associations seeking to increase international trade in hydrocarbon, electric power and renewable energy sectors.

Tom Terrell is IADC senior vice president – corporate development and chief of staff. He has 33 years of experience in publishing, marketing and business with oil companies and service companies. He has been in charge of petroleum group operations for a major petroleum industry publishing company.

Mr Terrell has extensive experience in strategic planning, sales management, marketing and product development. His responsibilities at IADC include leadership of a diverse global sales, editorial, administrative and financial staff. Mr Terrell holds a BBA from the University of Houston.

Mr Killalea’s background in petroleum engineering is complemented by more than 25 years experience in technical and business journalism. He graduated with high honors from the University of California at Davis with a BS in chemical engineering. He joined IADC in 1991.

Mr Kropla joined IADC in 1992, after more than 10 years in the drilling industry in Alaska and the lower 48 US states. His duties included health and safety, training, and responsibility for a broad range of human resource issues.

Personal responsibility for safety a must for incident-free workplace 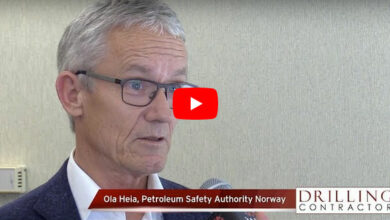 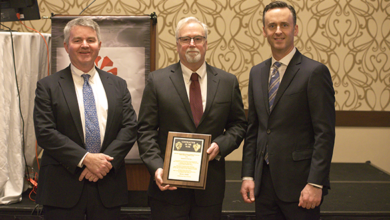 Steve Brady is 2019 IADC Contractor of the Year 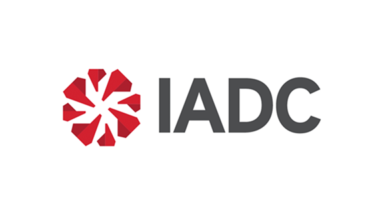