In November, Noble Corp and Maersk Drilling announced that they entered into a definitive business combination agreement to combine in a primarily all-stock transaction. The combined company will be named Noble Corp and will have a modern, high-end fleet consisting of 20 floaters and 19 jackup rigs.

In early December, Valaris named Anton Dibowitz as President and CEO, effective immediately. Mr Dibowitz, who had been serving as interim President and CEO of Valaris since 3 September, is also a member of the company’s Board of Directors. Mr Dibowitz served as an advisor of Seadrill from November 2020 until March 2021, and as Seadrill’s CEO from July 2017 until October 2020.

Aquaterra Energy appointed David Barber as Australian Country Manager. Mr Barber has more than 20 years’ experience in the oil and gas industry, including seven years working for Aquaterra in the UK. In his new role, he will support the company’s expansion into the Asia Pacific region, with a focus on growing demand for its riser systems and Well Start solutions.

Alka Mittal was appointed Interim Chairman and Managing Director of Oil and Natural Gas Corp (ONGC). Dr Mittal is the first woman to head India’s largest oil and gas producer. Her appointment was approved for a period of six months, with effect from 1 January 2022.

Expro has introduced what it believes is the world’s first fully autonomous well intervention system. In full autonomous mode, the Galea system deploys a tool string into the well either at regular intervals or as defined by well conditions. In semi-autonomous mode, it performs a pre-programmed intervention sequence, initiated locally or remotely. This benefits multiwell platforms or pads where regular interventions are required. A small, self-contained intervention package permanently located at the well site eliminates the need for a wireline unit or truck.

When not in use, the system occupies a fraction of the well site or deck space required for a standard slickline winch unit and PCE package.

Ingersoll Rand’s new 2146Q1MAX ¾-in. impact wrench is the first pneumatic impact wrench with an innovative air gauge indicating whether it is operating at, below or above the tool’s maximum rated air pressure of 90 psi.

Superior Energy Services launched its RestoreCem self-healing cement system. The self-healing behavior enables the system to regain its zonal isolation properties and restore the cement sheath against induced cracks, microfractures or micro annuli, minimizing the risk of cement sheath failures that can lead to hydrocarbon percolation within the set cement, or even blowouts. The system covers downhole temperatures from 80-300°F and slurry weights/densities of 9-20 ppg.

Fluid Systems introduced an adapter technology that upgrades older drying and flow line shakers to the higher efficiencies of the Hi-E shaker. Applicable for most brands of shakers, the Hi-E Kit Adapter is installed on the shaker basket with minimum cuttings and welding. Once in place,  it can consistently increase the energy delivered across the screen panels up to 20 g, compared with the 5-7 g typically delivered by conventional shakers.

The SPM Quintuplex Extended Max (QEM) 5000 e-frac pump is reducing environmental impact and yielding cost savings in the Haynesville, Permian, Eagle Ford and Marcellus basins, according to SPM Oil & Gas. The SPM QEM 5000 is designed for electric or gas turbine and 5,000-hp capacity in a single unit and is rated for service at 100% of its 308,000-lb rod load capacity. Half of the SPM QEM 5000s in operation are powered by turbine-driven units, while the remaining 50% are powered by an e-frac motor.

At rated speeds, the pump has consistently produced greater than 20 bpm for long and repeated stages. In addition to eliminating diesel use, it also reduces the total number of pumps required at a site.

Intelligent Wellhead Systems’ inVision Platform is a proven digital technology infrastructure at the wellsite for hydraulic fracturing and wireline operations. The latest innovation for the platform is the ability to leverage its iHub data acquisition and control system to implement operator-driven analytics on the Edge or in the cloud. This means oil and gas companies’ algorithms to improve completions may now be combined with hydraulic fracturing, wireline, and pressure control job data to create customized workflows, threshold alerts and other analytical applications. 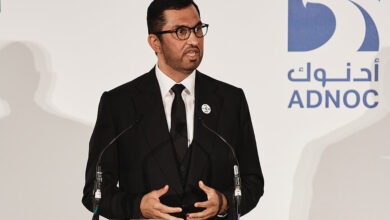 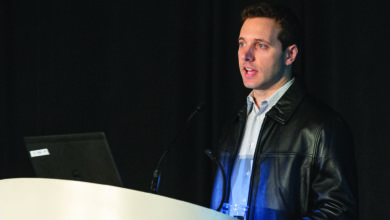