Rowan Companies has announced that the Rowan Viking (pictured right), an N-Class ultra-harsh environment jackup rig, has been awarded a five-well program by Shell UK for plugging and abandonment (P&A) work on the Goldeneye platform in the Central North Sea. The contract is expected to commence in June 2018 and continue for approximately 100 days, following completion of the Rowan Viking’s current project with Lundin in Norway.

Lamprell has announced its collaboration with GustoMSC to develop the Lamprell Jackup-43 (LJ43) jackup design. The rig utilizes GustoMSC’s leg design with a custom-designed hull and living quarters developed by Lamprell. It includes an innovative BOP-handling system and enhanced skidding capabilities via an X-Y cantilever. International Maritime Industries (IMI) and ARO Drilling have selected the LJ43 design as the base for the jackups that will be built in Ras Al Khair in eastern Saudi Arabia.  ARO Drilling has announced plans to order at least 20 jackups for construction at the IMI yard.

16 contracts tendered to 12 bidders in Mexico’s Round 3.1

The opening of bids and awarding of exploration and hydrocarbons production contracts for the first tender of Mexico’s Round 3 was recently live-streamed on DrillingContractor.org.

The contractual areas tendered are located in oil provinces in shallow waters in the Gulf of Mexico: Burgos, Tampico-Misantla, Veracruz and the Southeast Basin.

Eighteen bidders participated in the event. As a result of the process, 16 contracts were tendered to 12 bidders.

Given that the tendered contracts are shared production contracts, they were awarded on the basis of the percentage of operating profit offered to the state, the additional investment and the amount of cash bonus offered by the participants.

On average, the government percentage offered in the winning bids was 45.8%. The winning bidders agreed to drill nine additional wells and pay cash bonuses of $124 million.

In addition, the contractors will pay taxes via a contract fee for the exploration phase, a basic royalty and taxes on exploration and hydrocarbons extraction activities, as well as income tax. Taking this into consideration, the state will receive on average 72% of the value of project profits. The contracts contemplate a progressive fiscal structure so that the state will receive a greater percentage of profits, estimated at 78%, in case of favorable hydrocarbons prices, cost efficiencies or the discovery of volumes greater than those predicted.

It is estimated that the total investment across the contract periods could reach $8.6 billion. Contract signing is expected to take place within 90 days following the publication of the award decisions in the Official Journal of the Federation.

ExxonMobil, Shell among winners in Brazilian bid round

The 15th deepwater bid round organized by the Brazilian National Petroleum Agency (ANP) was held on 29 March.

ExxonMobil increased its holdings in Brazil’s pre-salt basins after winning eight additional exploration blocks during the bid round. The blocks awarded add about 640,000 net acres to the operator’s portfolio. Six of the eight newly awarded blocks will be operated by ExxonMobil.

Shell Brasil Petroleo, a subsidiary of Royal Dutch Shell, won four deepwater exploration blocks in the Campos and Potiguar basins. Shell secured one exploration block on its own and three in joint-bids with Chevron Brazil, Petrobras and Petrogal Brasil. Of the newly acquired blocks, Shell will operate two.

Keppel FELS has secured a contract from Awilco Drilling to construct a mid-water, harsh-environment semisubmersible for about $425 million. The rig, scheduled for completion in Q1 2021, will be built to Moss Maritime’s CS60 ECO MW design. Compared with the ultra-deepwater CS60, this is a compact version configured and outfitted for mid-water operations of up to depths of 1,500 m. As part of the transaction, Awilco has independent options to order up to three additional similar rigs to be exercised within 12, 24 and 36 months, respectively.

The prices of the three additional rigs are subject to cost adjustments and will only be finalized and announced separately if and when the options are exercised. The drilling rig is designed for harsh environments, including the Norwegian Continental Shelf, UK Continental Shelf and Barents Sea. Equipped with a hydraulic hoisting system capable of 2 million lb of lifting capacity, it features an optimized 12-point, thruster-assisted mooring system for vessel stationkeeping, complete with hybrid power supply and energy saving features. 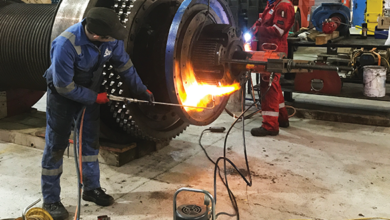 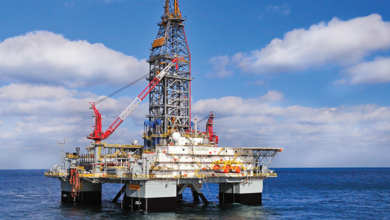 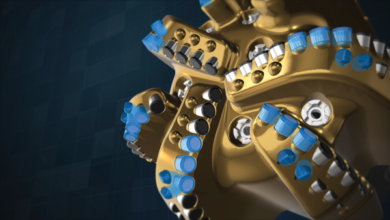 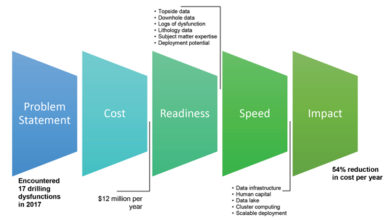