During a half-day session dedicated to young professionals at the 2015 SPE/IADC Drilling Conference on 18 March in London, Gary Jones, BP Head of Global Wells Organization, highlighted the top four “soft traits” that he believes the new generation of employees will need to succeed in the oil and gas industry. They are (1) be true to yourself, (2) be aware of your impact on people, (3) become a great listener, and (4) be aware of how you make people feel.

Mr Jones related each trait via a story from his career. “I can remember my first day, which was in September 1981, like it was yesterday,” he said, reflecting on his entry into the oil and gas industry as a drilling engineer. “It’s amazing how fast it all goes.”

1) Be true to yourself

“If you really enjoy what you’re doing, you’re probably going to be really good at it,” Mr Jones said. “I have found at times in my life where I try to do the things that I think other people think I should be doing, rather than what I really want to do. I haven’t been very good at it.”

To illustrate why it can pay off to “follow your gut,” he shared the story of how he got his first job. Not long after earning his first degree in chemical engineering from The University of Birmingham, he decided to try an unconventional tactic during his job interview with BP.

“Most of the jobs I applied for were engineering or refining because I was a chemical engineer,” he said. “At the second interview, they gave you a chance to talk to all sorts of people, and I actually met a couple of drilling engineers. It was the first time I had come across drilling, and I really liked those guys. I thought ‘Wow, these are the sort of people I want to work with.’ ”

Mr Jones immediately decided to reschedule his interview for a drilling engineer position. “I was honest with them. I said, ‘I don’t know much about drilling because they don’t do drilling engineering at university, but I’m sure I can learn it.’ I look back at that decision, and I just don’t think (my career) would’ve turned out the way it did if I didn’t follow my gut back then.”

2) Be aware of your impact on other people

The ability to know how one’s behavior affects their colleagues’ actions could be a great leadership tool.

“This one is thinking about why you behave the way that you do. When you say things, why do you say those things?” Mr Jones asked. Sometimes people can be so

keen to make an impact that they say things only for effect, he has observed. “Or you’ll be in a meeting and you want to make a point, but you’re actually putting someone down. That is not helpful to getting the result you want.”

Listening can be a tough skill to acquire, Mr Jones acknowledged. Instead of listening for “sound bites” of what someone is trying to say and then automatically thinking of a response, it’s necessary to actually understand the message that person is trying to get across.

“If you can really absorb what people are trying to tell you, then you’ll get on much faster in terms of making the right decisions. If you can’t develop that skill, you’ll go through life with about 10% of the information that you could’ve taken in.”

Mr Jones gave an example from his previous experience as field operations manager. “I had an idea about what I wanted to do, and I was very excited about it,” he recalled. However, an employee who was a personal friend resisted the idea. “He didn’t seem to be as excited about it as I was, and yet I knew him very well. I knew he wanted to do the right thing.”

The friend tried talking to Mr Jones a couple of times, “but I clearly wasn’t listening. The next day he said, ‘I’ve just got to have this conversation with you. You weren’t listening to me yesterday. I get why you want to do what you want to do – what I need you to understand is it won’t work the way you’re trying to do it. But here’s an idea of how we could do it in a way that will land really well on the platform.’ ”

As that employee’s superior, Mr Jones said, he recognized the value in the way this worker stepped up to make sure the team was able to achieve success.

Mr Jones put this soft skill in perspective by reminiscing on a day in 1989 when his first supervisor empowered him to take a step forward professionally by presenting a proposal to the head of BP’s operations in the Gulf of Mexico at the time. Mr Jones and a small crew were converting a drillship to drill in 6,500 ft of water. One of the tasks they were completing as part of the project was completely upgrading the riser-handling system, which would prove to be an expensive task.

After doing a significant amount of preparation on the project, Mr Jones’ supervisor at the time gave him a chance to prove himself by letting him present the project to senior management personally. “I thought that was really cool… It gave me a confidence I never would have had, had that boss not allowed me to go and present it…. I would’ve done anything for that guy after that.” 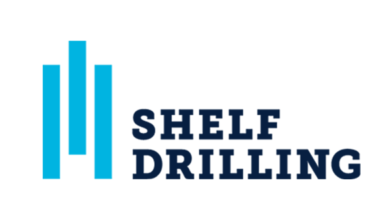 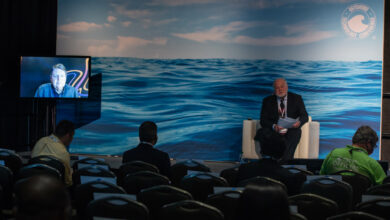 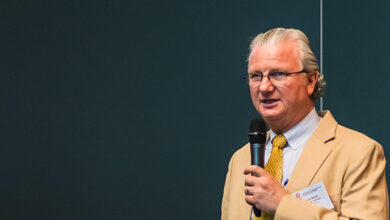